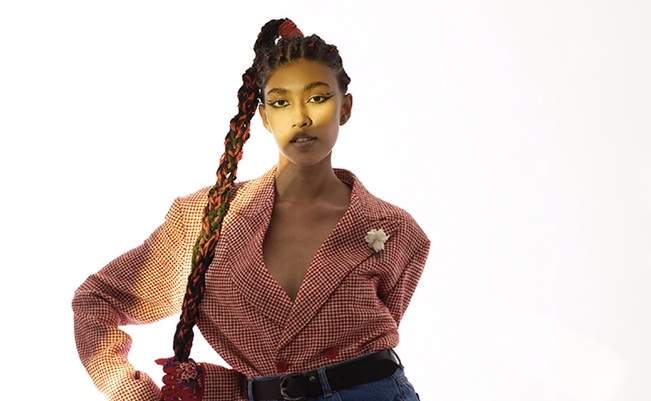 London Fashion Week usually sets the tone for the international fashion week marathon, which includes Milan Fashion Week and Paris Fashion Week. It is truly an exciting time for fashionistas. So when city model Irene Augustin walked the ramp at London Fashion Week 2022, which ran from February 18-22, it was a dream come true. In fact, she was the only Indian model to have been there.

Augustin did a show for one of the best fashion universities, Central Saint Martins, in London. “Every year they have a show at London Fashion Week. I wore a creation by a Nepalese designer named Shakila Thebe. For her collection, she was inspired by the rice fields,” says Augustin, who has been the face of fashion brands like Anavila and Masaba, and has walked the ramp for various Indian Fashion Weeks.

The city-based model skipped the main shows as “the casting was done well before fashion week” and she didn’t arrive in London until the first week of February. However, the experience was still exciting. “There were people from the industry present. It definitely elevates your game as a role model. It was something that was on my to-do list,” says Augustin, adding that London Fashion Week has always attracted international media attention, which is good for models.

His work may seem glamorous but Augustin points out that making a cut, especially internationally, is very difficult. “For all these fashion weeks, there is a size criterion that is the most difficult to cross. He’s 5’10” plus and I’m 5’8”. Sometimes they let go, but that hurts the situation so much,” says Augustin, adding that this requirement is particularly difficult for Indians to meet. “One of the fashion designers said she would like me to show off her collection, but all of her clothes were for models over 5’10”. it doesn’t matter how high your heels are,” says Augustin, whose agency Milk Model Management helped her land the role.

Due to Covid-19, London Fashion Week this year was not as grand as previous ones with only a few celebrities in attendance. “Fashion weeks are usually hectic, so I couldn’t make it to the after party,” says Augustin. She had also planned to attend the recently concluded Milan Fashion Week and the ongoing Paris Fashion Week, but due to visa issues, she had to change her plans. “I’m going to be in London until the first week of April creating different fashion shoots for my portfolio,” Augustin explains.