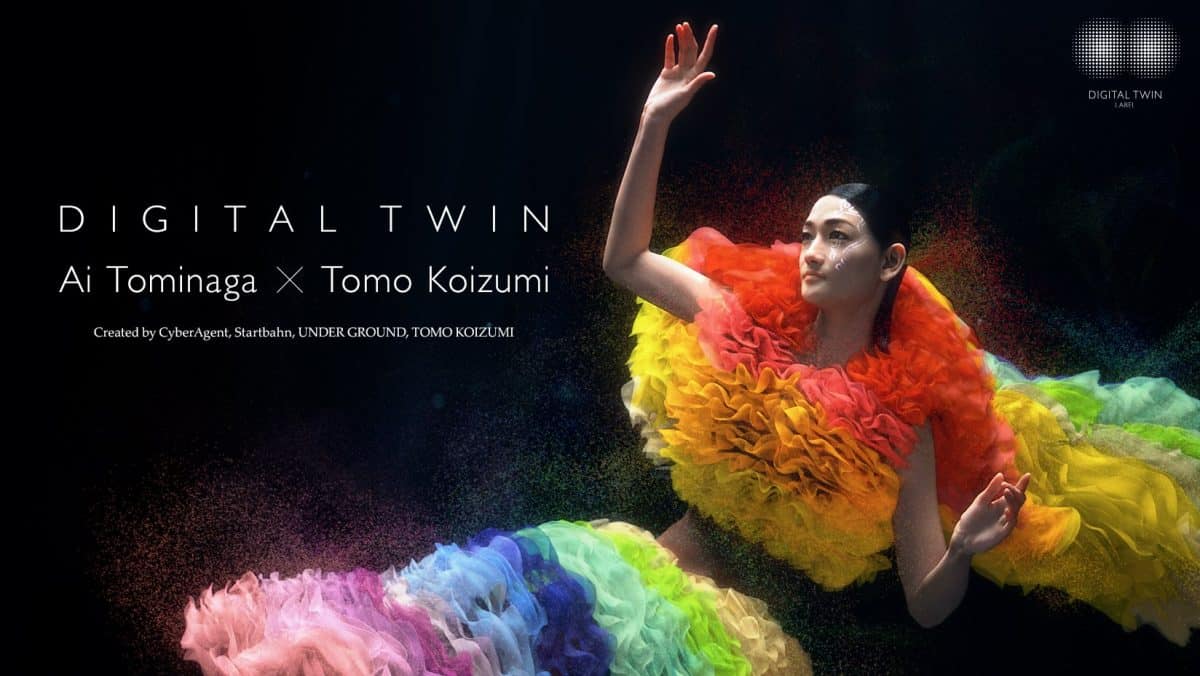 An NFT digital twin of Japanese model, Ai Tominaga is set to drop as an NFT. Also involved are CyberAgent and Startbahn. Upon release, it is set to become the first 3D computer graphics template for the Digital Twin Label. The model will wear Tomo Koizumi, a designer known for his extravagant creations.

About Ai Tominaga and Tomo Koizumi

Ai Tominaga is a Japanese model and actress. She was one of the first Asian models on the European catwalks. Throughout her career, Tominaga has walked in shows for Christian Dior, Gucci, Michael Kors, Givenchy and many more. Furthermore, she has appeared on the cover of Vogue in her native country, Japan, as well as many other Asian magazines. Currently, she is based in Tokyo and making her way in the television, radio and event industries while pursuing her modeling career.

Tomo Koizumi, which the digital twin model will wear is a Japanese fashion designer. His extravagant looks and the bright colors of his clothes made him famous. He has been named one of Japan’s most prominent young designers. Notably, while working as a costume designer, Lady Gaga wore one of his designs during a visit to Tokyo in 2016. Koizumi studied art at Chiba National University, where he launched his brand. Her work has been featured at New York Fashion Week and the Met Gala. In addition to this, in the international editions of Vogue, Love, V and WWD. Beyond that, he also dressed Miley Cyrus.

The digital twin concept and other businesses involved

Rendered and reborn as a digital twin, Digital Twin Label has successfully recreated model Ai Tominaga for this NFT. The digital twin captures this “light of life” expression.

An exact launch date remains unconfirmed. However, it will launch on OpenSea during the summer of this year.

Startbahn, also involved in the collection, is a leading Japanese art technology company. They aim to enrich society by providing the necessary technology to artists and all those involved in art around the world. Additionally, Startbahn operates Startrail, a sustainable and scalable blockchain infrastructure that ensures the reliability, authenticity and traceability of artworks.

Are you tired of missing significant NFT drops?

Just check out our NFT schedule!

Get the biggest NFT news of the day and recommendations in our Daily newsletter.

All investment/financial opinions expressed by NFTevening.com are not recommendations.

This article is educational material.

As always, do your own research before making any type of investment.