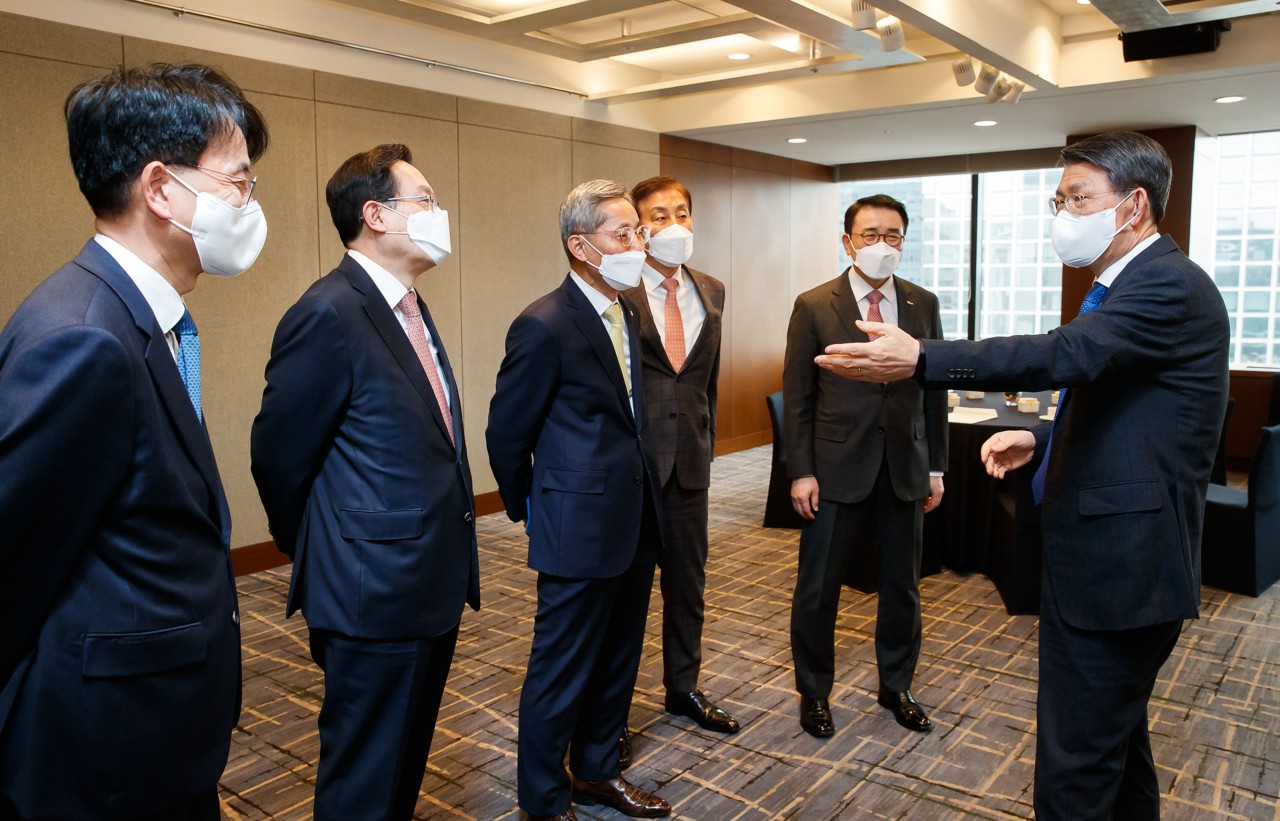 By Kevin R. Manson On Mar 9, 2021
0
Share
The heads of five major banking groups here agreed on Tuesday to extend their joint loan deferral program for local businesses affected by the COVID-19 pandemic by six months in an exclusive meeting with the chairman of the Services Commission. financial, Eun Sung-soo.

“The heads of the banking groups have agreed to extend the program for an additional six months,” Eun told reporters after a roundtable meeting with the group’s leaders at the headquarters of the Korean Federation of Banks in Korea. central Seoul.

While the extension is expected to elicit a positive response from borrowers, critics have voiced concerns that it could propel the country’s loan default rate and pose risks to the fiscal strength of banks.

Regarding this, Eun told reporters that there is currently no choice but to “take the risk.” He added that he believes banking groups recognize the associated risks and are able to manage them.

However, Eun and the banking group heads reached a consensus on developing “soft landing measures” to cushion the risks.

The default rate on won-denominated loans from South Korean banks fell in December last year on a month-to-month basis, according to financial watchdog data released last week. However, there are concerns that the rate will skyrocket once the deferral program ends.