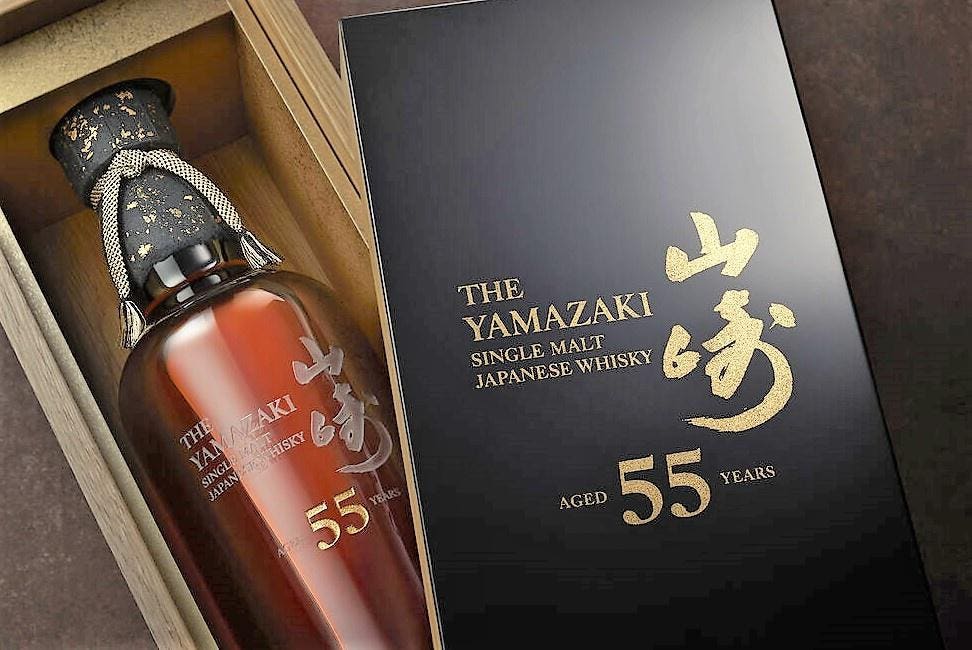 The ultra-luxury airport retail segment appears to be alive and well based on offers for a very exclusive bottle of Yamazaki 55 year old whiskey. The auction reached € 675,000 ($ 788,000) at a premium wine and liquor store at Amsterdam’s Schiphol Airport, a few days from the end.

The current supply is comparable to the world record price reached in August 2020 at a Bonhams rare wine and whiskey sale in Hong Kong.

The Dutch airport store, called ExQuisite and operated by Schiphol Airport Retail, has only one bottle of Yamazaki 55 available. , and is in high demand worldwide.

In a social media statement, the retailer – a 60:40 joint venture between Germany’s Heinemann and Dutch airport operator Royal Schiphol Group – said: “It’s not a sale, it’s better. ExQuisite provides the bottle, you name a price. What are you waiting for?”

There was a first wait. The auction process started slowly on October 1 at € 501,000 with three auctions after the first week bringing the price to € 504,000. But on Wednesday, 19 bids had been placed. Before the auction closes at the end of October, Schiphol Airport Retail is no doubt hoping to approach € 700,000.

Yamazaki 55 made its first release in Japan in 2020 to celebrate the ultimately postponed Tokyo Olympics. Suntory describes the liquid as “a spiritual blend” of a Japanese Mizunara oak barrel whiskey distilled in 1960 under the supervision of founder Shinjiro Torii, and a white oak barrel whiskey distilled in 1964. It was created in homage to the Showa era of the 1960s, when the reins of distillation were passed down from father to son, and when Suntory’s name was first introduced to the world. Brand owner Beam Suntory has limited quantities to just 100 bottles worldwide.

The 46% ABV blend comes in a crystal bottle with the word Yamazaki engraved in sandblasted calligraphy with real gold dust and lacquer over the age marking. The opening of the bottle is wrapped in handmade Echizen washi paper and tied with a Kyo-kumihimo braided cord, a traditional Kyoto handcraft. Each bottle comes in a custom-made box made from native Mizunara wood and covered with Suruga lacquer.

On Monday of this week, Suntory announced that more bottles of Yamazaki 55 will be placed in the global travel retail channel at a nominal recommended retail price of $ 60,000. The locations will be London, Paris, Hainan, Hong Kong, Taipei, Amsterdam, Seoul, Delhi, Istanbul, Dubai and Singapore, although the exact airports and business partners have not yet been disclosed.

Manuel González, Global Travel Retail Marketing Director for Beam Suntory, said: “This very limited edition product will be showcased in some of our best locations. We are committed to developing travel retail by strengthening our offer.

Whether these locations choose to go the Schiphol Airport Retail auction route remains to be seen, but it seems likely. Beam Suntory announces that it will donate $ 500,000 ($ 5,000 for each bottle in the collection) to The White Oak Initiative, dedicated to the sustainability of white oak forests in the United States

Demand for limited editions of whiskey is increasing

Limited-edition retail whiskey is on the rise. Although not in the same league as Yamazaki 55, Ian Macleod Distillers sold “a few hours” after his new Chieftain’s release at the Viking Line ferry group’s whiskey show last month. The price was not disclosed.

Chieftain’s 24-year-old single cask Cigar Malt is the oldest bottling to date – distilled in March 1997 – and only 518 bottles were available, all exclusive to Viking Line.

William Ovens, Ian Macleod’s Global Travel Retail Director, said: “We were confident this Speyside single malt scotch would do well, as a cask from a previous Chieftain’s had sold at the fair. former. However, we did not anticipate this exceptional level of demand. This is a very positive and encouraging result, especially given the context in which we find ourselves.

It is very likely that the brand’s next barrel releases will have a significantly higher price tag. In December, Ian Macleod is also expected to launch the oldest Glengoyne of all time, over 50 years old, exclusively in the travel retail channel. The quantities, prices and marketing of this launch will be interesting to compare.

The Viking Line Whiskey Show is frequented by major whiskey brands and is considered a barometer of the Nordic market. This year, more than 3,000 whiskey connoisseurs traveled to the Baltic Sea on three cruises from Stockholm.