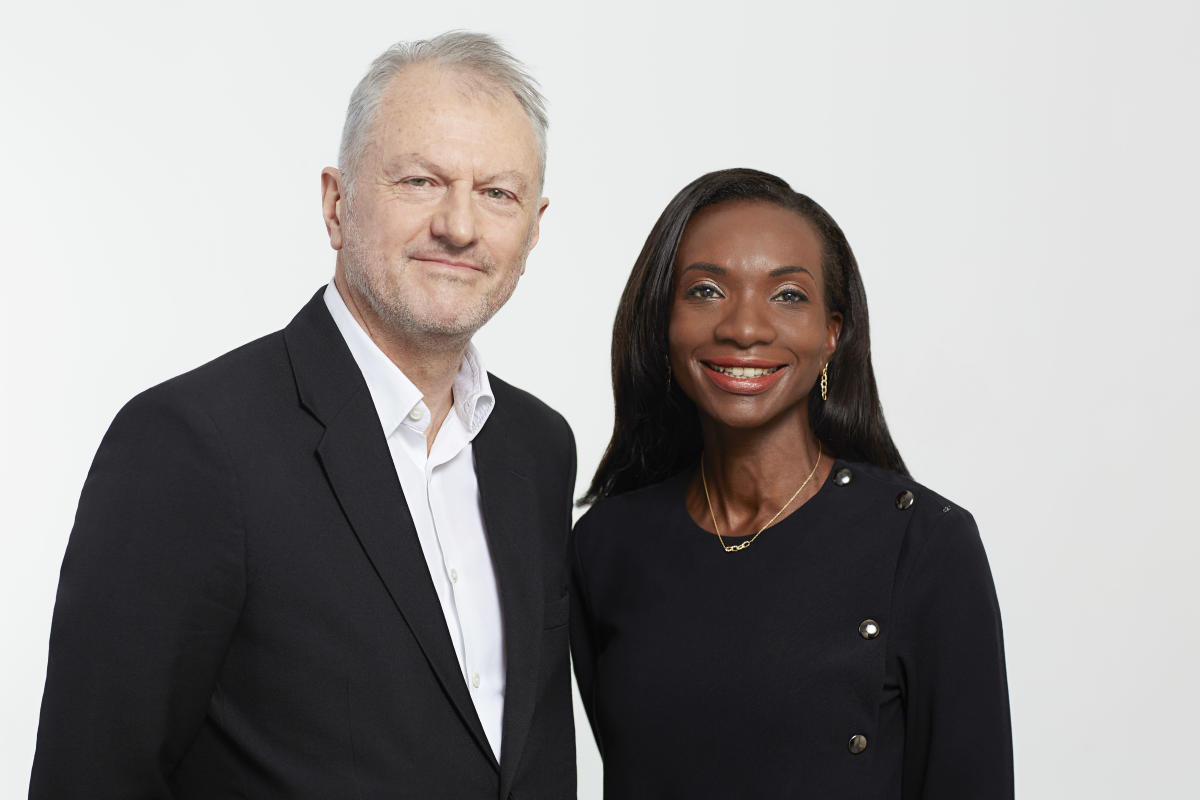 In a second step, the two companies will raise funds with the objective of injecting 5 million euros per year over the next five years into a portfolio of emerging and established heritage brands across the continent.

“We have created an investment company that plans to have a portfolio of 20 to 30 brands within five to seven years,” Laureen Kouassi-Olsson, founder and executive chairman of Birimian Holdings, told WWD.

Some of the first beneficiaries will be selected from the 10 brands participating in the Birimian accelerator with the French fashion school French Institute of Fashion, launched last year. Among those candidates are South African designers Rich Mnisi and Mmuso Maxwell, both of whom caught Beyoncé’s eye.

Others will be chosen from brands that already exhibit and sell their collections abroad. In recent years, the LVMH Young Creators Award highlighted African brands including Thebe Magugu, winner of the 2019 edition; Kenneth Ize; Lagos Space Program and Tokyo James.

“With Trail, Birimian has found an institutional investor who will help it achieve its mission to grow Africa’s multi-billion dollar fashion industry and become a leader in the industry. Trail will support Birimian in its value creation strategy, drawing on its extensive network of partners, advisors and key stakeholders,” the companies said in a joint statement on Monday.

Xavier Marin, founder and managing partner of Trail Capital, said he saw great potential for the development of African brands. The company, which manages more than €850 million in cumulative capital to date, has previously focused on helping European small and medium-sized businesses grow in size and scope, with a particular focus on markets borders.

“We are convinced that in the next 10 years we will see the development of great brands of African heritage equivalent to brands of French, Italian, British and American origin,” he said. “We want to be the catalyst to help these creators and entrepreneurs develop.

Wary of the challenges facing investors in Africa’s fragile fashion ecosystem, the platform aims to establish a new investment model distinct from traditional private equity funds, which typically hold stakes for a limited time before investing. return them.

“We are increasingly positioning ourselves as an operational partner,” Marin said. “And with Birimian, we will bring creators much more than capital. We will provide them with expertise in production, distribution, digital development and communication. What we offer together is really this whole toolbox.

Kouassi-Olsson said the partnership would pioneer a new model of patient investing in hopes of succeeding where previous efforts have failed. “Resources for African brands are virtually non-existent. Today, African investors still do not believe in the opportunity of fashion and design in Africa. It’s way too far removed from the types of investments they’re familiar with,” she noted.

“We offer another type of return on investment based not on the sale of individual stakes, but on the creation of a goodwill and a strong brand that generates synergies and added value thanks to an industrial approach. and wallet,” she said. will benefit textile designers, investors and manufacturers.

“We believe that when investors leave the company, they will recover at least three to four times their initial investment, because for us, the value of the whole will be greater than the sum of the investments in this portfolio,” added Kouassi- Olson.

But she warned that African fashion brands need to be treated differently from their more mature counterparts. Only 10% have incomes above 500,000 euros per year, and only 0.5% earn more than 1 million euros, she revealed.

With this in mind, Birimian’s first task was to carry out due diligence on the first admission of brands into its accelerator program, which benefited from a financial audit by accounting firm EY. Besides Mnisi and Maxwell, the participating labels are Christie Brown; Gentlemen Kente; Loza Maleombho; Thousand Hills; imperial post; Shekudo; It’s us and Umoja.

“Some brands were in big trouble because they had unsustainable debt levels, and we ended up renegotiating that debt for them with their bank,” Kouassi-Olsson said. Aided by a panel of experts, Birimian has helped brands identify growth levers and then presented them to buyers during Paris Fashion Weekvia a partnership with WSN, the organizer of the Première Classe lounge.

During the investment phase, the platform will assist creators with issues such as financial planning, production, fundraising oversight, and working capital management. For example, Birimian can provide brands with enterprise resource planning software like Zedonk that they couldn’t afford on their own, or negotiate group pricing with manufacturers.

“The problems start for creators when they’re in the limelight and they start to succeed, because once they get to that stage, scaling the business is literally impossible,” said Kouassi-Olsson said, saying African brands need to be open. to outsource part of their manufacturing abroad.

The initiative is also expected to allow African designers to work in traditional luxury houses, a proposition that has been difficult so far.

“When you have your production line and your operations in Africa and you join a big house as an artistic director, you cannot shuttle between the two all the time, which creates a dilemma for these brands”, she said. “We can be a complementary solution by financing brands, supporting the creator, building capacity, to ensure them this international visibility which also benefits their brands.”

This is not the first time that investors have announced their intention to accelerate the fashion industry in Africa. In 2018, Ghanaian entrepreneur Roberta Annan launched the Impact Fund for Africa, a €100 million investment fund supporting African creatives working in fashion and lifestyle, in partnership with the Ethical Fashion Initiative, or EFI. Little has been heard of the initiative since.

Subsequently, EFI – a flagship initiative of the International Trade Centre, a joint agency of the UN and the World Trade Organization based in Geneva – returned to Paris Fashion Week with a showcase for African designers, which it hopes to transform into a blended finance facility to mobilize investment from within the African continent, but also from Europe.

And in another sign of the growing traction of African and Diaspora brands, The Folklore Group last week secured $1.7 million in pre-seed funding. Originally launched as e-commerce site The Folklore in 2018, the platform founded by Amira Rasool is now growing into a conglomerate with business-to-business, consumer and media offerings.

Trail’s investment represents a vote of confidence in Birimian, just one year after its launch. Kouassi-Olsson used her expertise in private equity to develop what she described as an innovative model. Their joint platform will reinvest in select brands, weed out underperforming ones, and hold stakes for up to seven years.

“The fact that there have been announcements that have not necessarily materialized in the past has made it difficult for us to convince investors,” she conceded. “We think our ambitions are reasonable.”

This partnership will allow Trail, which has a solid experience in Asia, to gain a foothold on the African continent. “We believe there is strong interest from consumers who have a more inclusive, values-driven approach and are sensitive to the rich heritage of these brands,” Marin said.

As part of this partnership, Birimian will open a representation in Paris to oversee part of its activities, located in the offices of Trail.

“I will be happy with what Birimian is doing if in 2023 we have a portfolio of around 15 brands, and out of those 15 brands there are at least five with international distribution that are visible, doing runways and getting acclaim from criticism, and of the remaining 10, we have identified the following five who can achieve this,” Kouassi-Olsson said.

Agents of Change: Using Technology and Funds to Blow Up Luxury in Africa

The next golden continent of African luxury?

How the Art Industry Weeds Out Sanctioned Russian Oligarchs