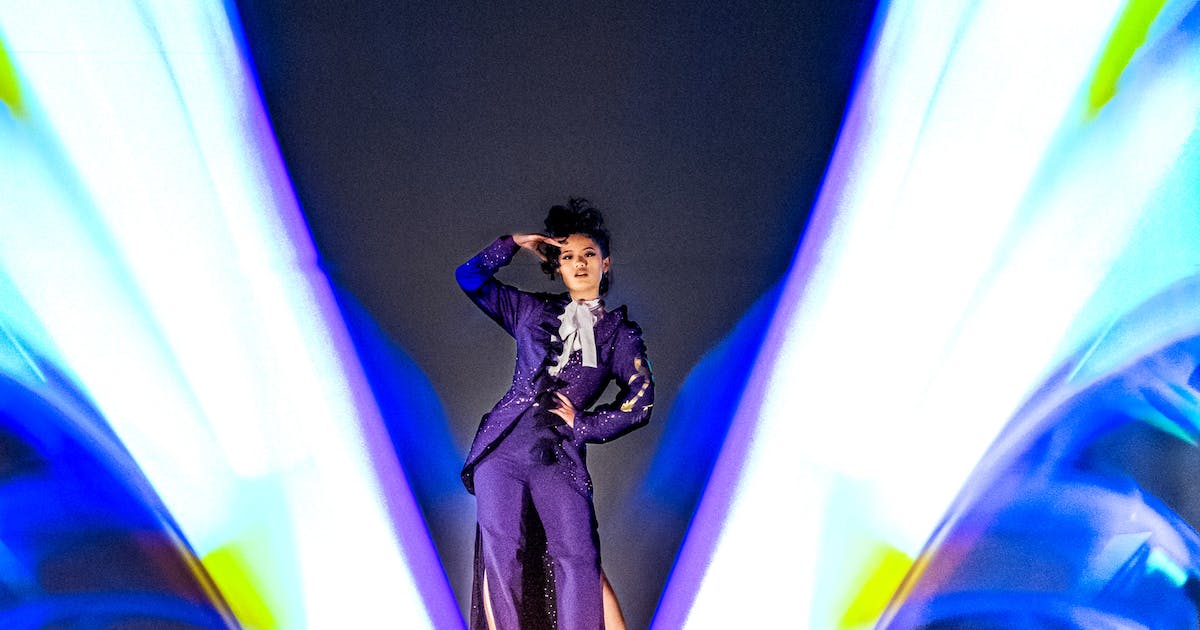 As Debbie McGuan recalls, working for Prince was like living in a world of constant creativity.

Prince hired McGuan as one of his designers after he took a chance and sent a letter with sketches of costume ideas to the music icon’s Chanhassen studio. The sketches caught the attention of Prince’s wardrobe manager. And the next thing McGuan knew, she was on a plane from her hometown of Chicago and headed to Minneapolis to meet Prince.

“We talked and walked around Paisley Park,” McGuan said. “He already gave me a project.”

Prince asked McGuan to sketch an idea for the song “Endorphinmachine” for the upcoming album “Gold Experience.”

“They were going to send me a tape and I had to make up this whole make-up tale for the band members,” she said.

After that, “it was non-stop. I was submitting stuff all the time and getting feedback from the wardrobe manager,” she said.

McGuan, who studied fashion at the Art Institute of Chicago and studied art in France, will be in town this week as a guest speaker for a Black Fashion Week MN event.

While working for Prince from 1993 to 2007, McGuan sent 15 to 20 sketches to Paisley Park each week. Sometimes she creates storyboards, other times she designs sets from head to toe. Some of his ideas were given the green light, albeit regularly with adjustments, and an in-house wardrobe department then brought them to life.

“He [Prince] was very fashion savvy and looked at fashion and knew what he wanted, but was very open,” she said. “Sometimes he would like the inspiration of something but done in a different color. Or it was, ‘Use that vibe, but change it up and maybe do the sleeves that way.'”

McGuan created iconic pieces for the singer-songwriter, including a white jumpsuit with a glyph stitched across the front when his employer was the entertainer formerly known as Prince.

“With the name change, it created symbols that would be put on a lot of his clothes,” McGuan said. “It was a very exciting time to create these shapes and silhouettes and then put the symbol [on a zipper or buttons of his jacket].”

She also helped design what she calls her mid-to-late ’90s look of iridescent, screen-printed suits and dress shirts.

For McGuan, returning to Paisley Park will be a homecoming of sorts.

“It was the best job. I gave it my all and just loved it,” she said. “He just challenged you to be creative because that’s what he did with his fashion and his music and thinking ahead of his time,” she said.

She said Prince wearing her designs was a pleasure.

“When you see him rocking a denim jacket with all these embellishments and how he wears it, it’s a whole different thing with his energy,” she said. “That’s when he really came to life.”

For her speech, which is part of Black Fashion Week MN’s “Design of the Times” kick-off event, McGuan plans to showcase some of her favorite Prince pieces. The event, to be held in Paisley Park, will include a fashion show and music.

“It’s history being made because it’s the first fashion show to take place there,” said Natalie Morrow, founder of Black Fashion Week MN. “Prince was a fashion icon, so that’s good.”

Here is the lineup for Black Fashion Week MN:

Melissa Walker contributed to this report.