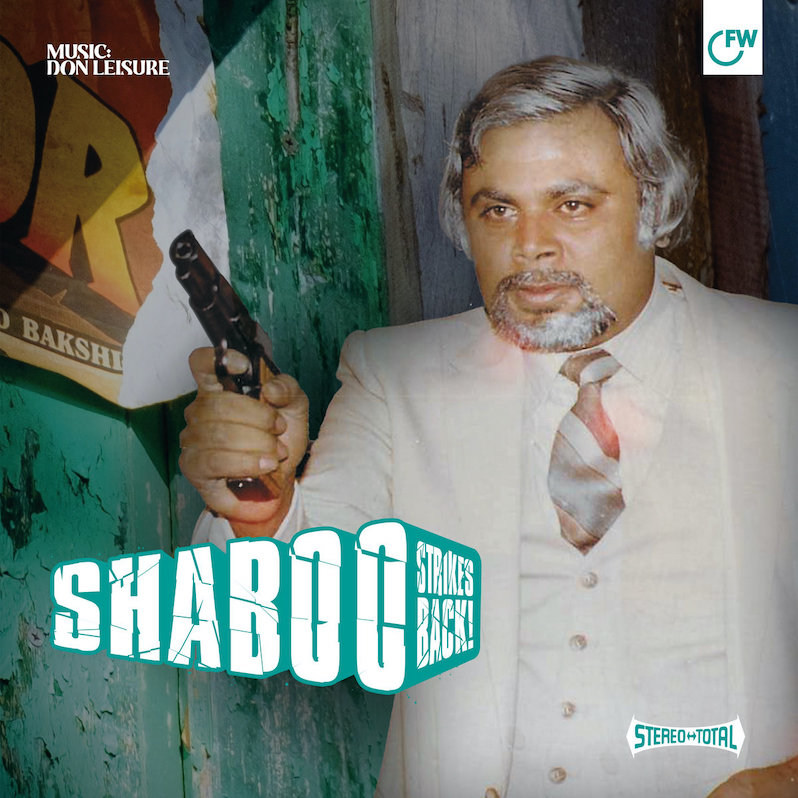 Inspiration, in most cases, has no formal meaning. Yet when it hits and is on point, you just know it’s what it’s meant to be. Inconstant thing, isn’t it? Veteran producer Don Leisure knows that hip-hop remains at its most exciting and punk-rock aesthetic for that matter when its ears and doors to the world remain open. Just take a look at the re-friction that jazz has experienced over the past ten years. When allowed to be shaped by young and diverse creators, the genre develops, grows alongside the culture. Not far from her.

Feeling, proof that ‘aha’ moments can be extracted from the most personal experiences, is at the heart of Don Leisure’s latest project. a beat-tape album that combines hip-hop production with Asian culture, and also mixes that hallucinatory vibe.

It’s Leisure and his mastery of picking obscure fuzzy prog-rock soundscapes, deep reggae joints, mysterious boogie bits (he’s from Cardiff, Wales, so the dollar bins reap different results than here in the US) and most certainly rely on Northern Soul for indescribable R&B vocals interspersed with his 25-song boom-bap traverse, Shaboo Strikes Back. So while artists like Mndsgn and Madlib, the top kings of the beat-tape category since the passing of J Dilla, are here making their exquisite mark either from hot grooves or opening safes , allowing Four Tet to arrange, curate and assemble tracks, Don Leisure, who runs a bit more of a hands-on operation, prefers to put your ears, in his head. And that’s what makes this release so weird and muscular.

Leisure, known as one half of the Darkhouse Family – Earl Jeffers being the other – has released solo projects using various monikers since at least the 2000s, under a plethora of imprints. Ranging from drums and bass, hip-hop and eclectic rhythm music labels to remixes for DJ Spinna and his label mate, Kaidi Tatham just to get started. He pretty much did everything on wax.

Shaboo Strikes Back, the eccentric 47-minute beat-tape, an irrefutable mix of multicolored and bizarre styles consisting of thundering basses, silent storm samples, piano breakbeats, R&B vocal snippets and a deluge of radio station jingles. Asian radio, keeps it unique and just weird enough to properly salute Don’s Kenyan-born Uncle Shaboo, who emigrated to London in search of acting fame. At the time, the family made the trip, road trips from Cardiff to London, punctuated by hip-hop cassettes, illegal 90s pirate radio and Asian stations. This enthusiasm, not to be limited in his aspirations, and these gallant shocks of sound culture quickly awakened the young Don to the possibility of becoming a master arranger of rhythms.

Most of the songs here are barely two minutes long, but lean comfortably on that old boom-bap splendor as they put together trip-fuzz jazz sounds, like the gnarly organ spinning on the “Holistic Healen” spectrum. . Or the intergalactic sprinkling of keys on the star gazing at “Clearing Skies” which is beautifully interrupted by older voices calling out “Don”, as if staring into the light a little too long. There’s the heavy beauty of “Naima’s Dream” where the song is introduced with a sample of Gil Scott Heron uttering “a father talking to his sleeping daughter” and that angelic guitar line runs through the track, against the tuff like the nails of the drums and Don’s baby girl at the end makes a happy toddler squelch. The hypnotic reggae bassline of “Muscle Head” or the free-jazz voluptuousness that runs through “All Praises Due” with multi-instrumentalist Angel Bat Dawid and signed harpist Jazzman Amanda Whiting give meaning to the multitude.

While sometimes nothing makes linear sense, the idea seems to lie in the feeling. As if the goal was to go from one environment to another in transition: a constant mixture of patterns, of types of voices that oscillate into each other. Similar to the non-stop dialogue you find in classic Robert Altman films. The actual words are disposable, but the macro feeling of being immersed in a complex or dual narrative hits the mark with Leisure’s sonic journey.

John-Paul Shiver has been contributing to Treble since 2018. His work as a veteran music journalist and pop culture commentator has appeared in The Wire, 48 Hills, Resident Advisor, SF Weekly, Bandcamp Daily, PulpLab, AFROPUNK, and Drowned In Sound.