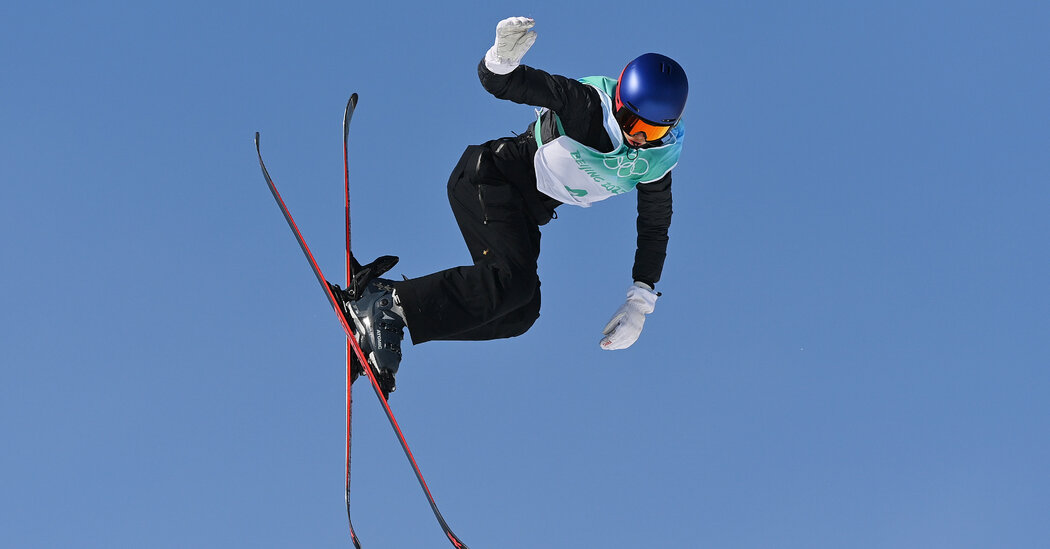 Eileen Gu, the 18-year-old freeskier from California who hopes to win three gold medals for China, her mother’s home country, has qualified for the big air final, her first Olympic event.

Gu landed a good first jump and a strong third to finish fifth among 25 competitors on Monday morning in Beijing. The top 12 qualified for the final, scheduled for Tuesday.

The event took place on a blue-sky morning at Big Air Shougang Park, a converted steelworks west of Beijing. After days of accumulation, many in the crowd were very excited to see Gu, whose face has been ubiquitous on TV screens and billboards across the country. In China, she is known as Gu Ailing.

“She’s a student, she’s a model and she’s China’s hope for freeskiing,” an announcer said ahead of the event.

Gu was born and raised in San Francisco. His mother, Yan Gu, was the daughter of an engineer with China’s Ministry of Housing and Urban-Rural Development in Beijing. She emigrated to the United States about 30 years ago to pursue higher education.

In 2019, after a few seasons competing for the United States in major competitions (and winning a World Cup), Eileen Gu announced that she would be competing for China. She is fluent in Mandarin and has agreements with many Chinese companies. She is also an IMG model, seen in advertisements for Tiffany & Company, Louis Vuitton and other high-end retailers.

Gu will compete in three freestyle skiing events: big air, slopestyle and halfpipe. She has not finished below second place in any of these events at major competitions in the past year.

She achieved what she hoped to achieve on Monday – a place in the big air final. The crowd cheered and breathed a collective sigh of relief as she landed her third jump after a low-scoring second attempt that ended in a backward landing and the loss of a ski.

“Oh my God!” Gu said with a smile after securing his position in the next day’s final.

George Crumb, eclectic composer in search of sounds, dies at 92