It’s one of fashion’s busiest months yet, with designers from all over making a comeback. But in addition to household names, under-the-radar creators are making their mark and often garnering as much attention as traditional giants. New York Fashion Week alone will see more than 100 different designers showcasing new collections. Here, we’ll list new names to know, as well as established but still underrated brands to watch for the Spring 2023 season.

Just a year ago, Luchen debuted on the catwalk wearing clothes that straddled the line between the theatrical and the surreal, with puffy pink shirt coats, floor-skimming white button-ups and sheer wonders in bright blue and black. The down dress that crossed the runway was also particularly awesome. Unfinished hemlines and technical construction paid homage to Martin Margiela and Ann Demeulemeester. Designer Lu Chen is a recent graduate of Parsons and is already creating her own unique design identity. She opened fashion week on Wednesday, September 8 with a show that made an equally strong statement. 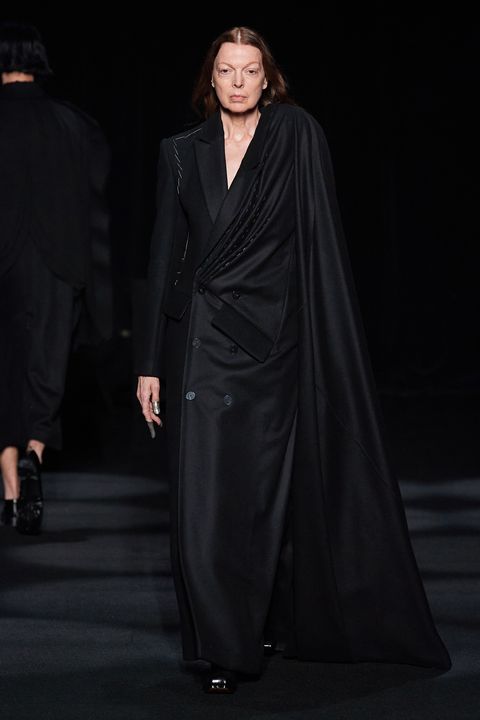 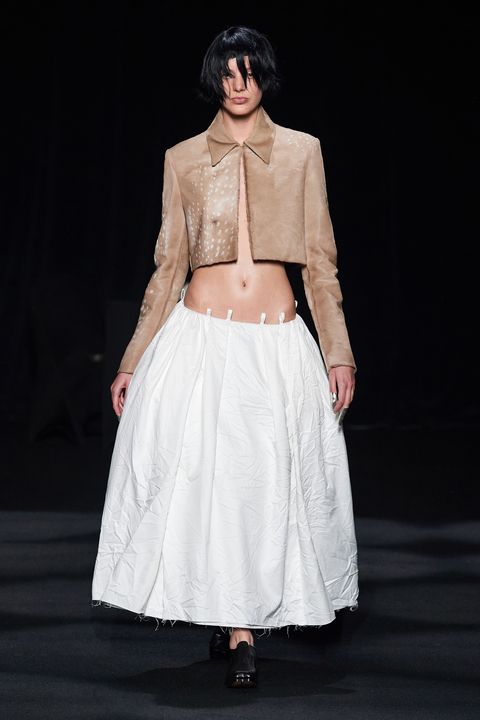 Another new name on the scene is Elena Velez, who draws on her Wisconsin roots to create fashion that fuses Midwestern industrialism and apocalyptic chic. Steel corsets, PVC harnesses and sheer layers combine to create something truly new in New York’s crowded fashion space. His brand is only a few years old, but already, Kali Uchis, Grimes, Charli XCX, Arca, Kim Petras, Tinashe, Rico Nasty and Caroline Polachek have worn his work. Last season’s show was intimate and atmospheric, although this season’s show, which took place on Saturday, September 10, acknowledged Velez’s growing profile: Julia Fox showed up to the show wearing Velez’s clothes. 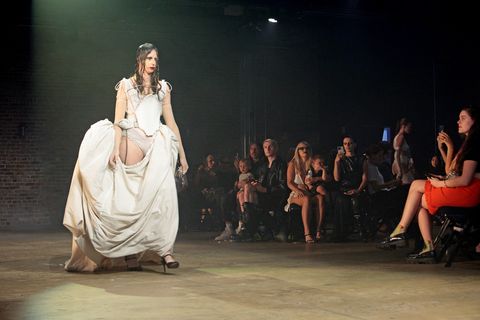 Mia Vesper is already known for its psychedelic tapestry jackets and metallic thread pleats that combine a luxurious approach to craftsmanship with a slightly bohemian touch. Her pieces are pure colorful craftsmanship, with a hint of wanderlust-inspired chaos. After a season off, Vesper returns to the program with a presentation on Sunday September 11 and, if past collections are any indication, there will be plenty of lush recycled textiles in unexpected shapes, and perhaps a croc-textured corset or a metallic pleated top. or two. Fans of the brand include Beyoncé and Pete Davidson. 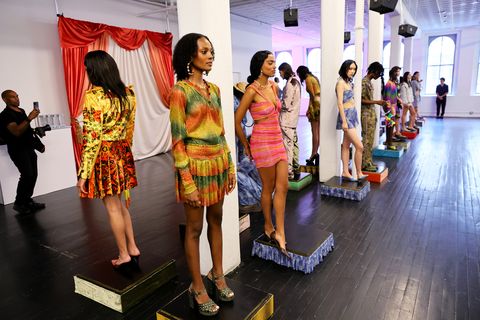 The last two seasons Puppets and Puppets is the name everyone is talking about at fashion week, but even more so with the brand’s expansion into stores like Bergdorf Goodman. Carly Mark takes an artist’s approach, incorporating esoteric references left and right. The piece de resistance of Marionettes et Marionnettes? A black leather purse with a realistic resin cookie. Expect the 9/11 parade to include a performance element and fashion that will make you laugh (in a good way) on its parade. “My biggest inspiration is always cinema,” says Mark. “I like horror, I like sci-fi, I like weirdness.” She describes her work as “romantic and brooding, left of center, young and also modern, with a bit of dark humor too”. 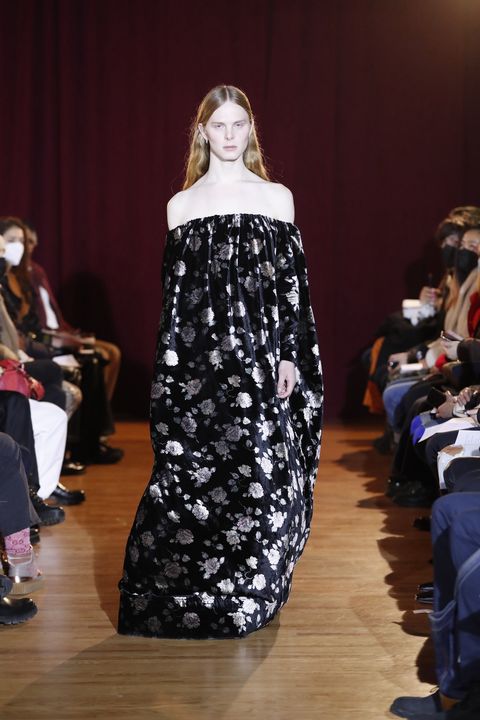 Courtesy of Puppets and Puppets. 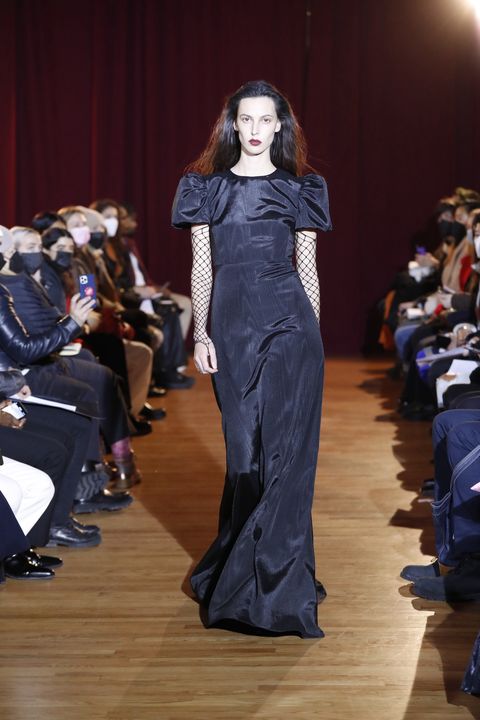 Courtesy of Puppets and Puppets.

Founded in 2020 by Jack Miner and Lily Miesmer, the design duo behind Interior are inspired by raw emotion and infuse it into their pieces which present themselves as reinterpreted versions of everyday clothing. A long sequined turtleneck dress, for example, or a cardigan made from a seafoam open weave knit, or even a black and white cashmere sweater with red dots front and center, all part of the inner world, which puts a focus on making a statement in the everyday. This season, the brand will present for the first time a parade, on Monday, September 12, which will propel the brand further into the firmament of New York cool girls.

Jackson Wiederhoeft founded his eponymous line just three years ago, and it’s already one of the most exciting Labels look: think Alice in Wonderland silhouettes with a touch of preparation. Prior to launching his brand, Wiederhoeft designed for Thom Browne, and this shows through in the demi-couture techniques and surrealist brushwork. Wiederhoeft describes his work as “modern nostalgia. Old and new. Familiar and strange. Something you may have seen as a child, or was it in a dream? Poke your finger on a spinning wheel at dramatic levels. He has recently studied everything from the subjective nature of memory and passionate desire to Miss Trunchbull (yes, the evil director of Roald Dahl’s Matilda) and overturned treasure chests as inspiration, and will feature a parade on Wednesday, September 14. “I want to create an experience, a vision, that inspires others to create,” he says. “My wish is for people to see the work and be so excited about it that they feel a burning desire to create something themselves. There are so many stories inside each of us, stories that deserve to be heard. If I can encourage someone to tell a story or create a world, then this collection will be a success for me. 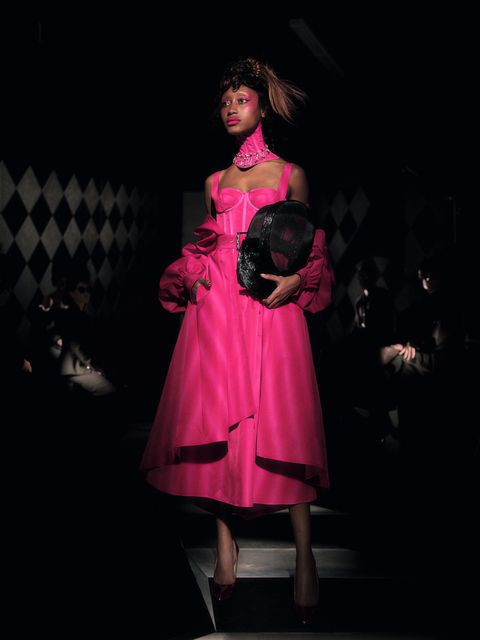 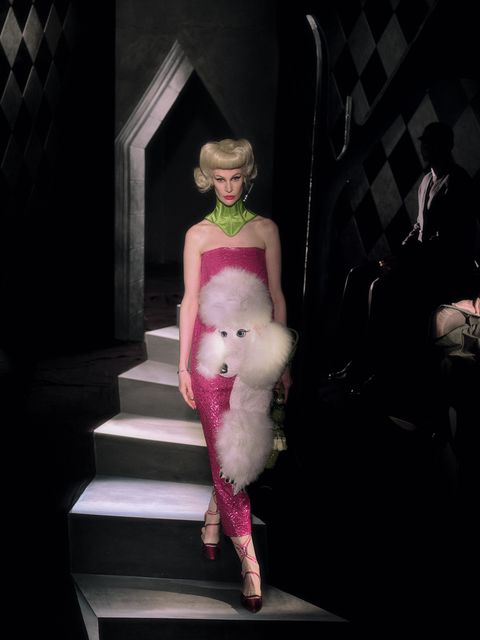 Sure, Willy Chavarria isn’t a new designer – he’s worked in the industry for decades at Ralph Lauren and now Calvin Klein – but his namesake label, founded in 2015 and featured since 2018, has recently gotten the attention it deserves, and increasingly in the women’s fashion space. Chavarria, exhibiting Wednesday, September 14, draws inspiration from his upbringing in the Chicano community, fusing oversized silhouettes and recontextualizing them, blending high-fashion shapes into pieces worn by street models for menswear that stands out. really feel directional in a sea of ​​understated streetwear. “Human connection is key,” he says of the biggest focus of his work. “Business only works when there is a connection between you, your work and the people you touch.” Beyond his next show, he is also launching an NFT project, The Big Willy Love Club. “I find inspiration in truth. The reality that is untainted by social media,” he adds.

Kristen Bateman is an editor at Harper’s Bazaar. Her first fashion article was published in Vogue Italia during her freshman year of high school. Since then, she’s been an intern and contributed to WWD, Glamour, Lucky, iD, Marie Claire and more. She created and writes the #ChicEats column and covers fashion and culture for Bazaar. When she’s not writing, she follows the latest runway collections, dyes her hair to suit her mood and practices her Italian in the hopes of getting 90% off Prada at Tuscan outlets. She loves vintage shopping, desserts and cats.