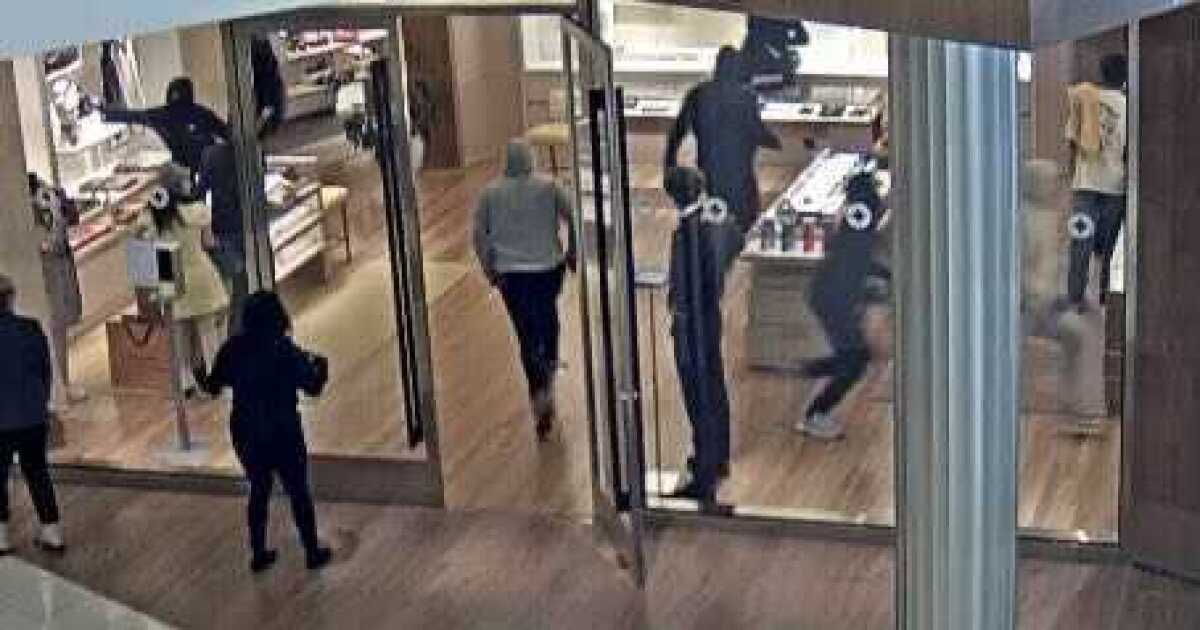 Every item in the showroom stolen from Louis Vuitton at Kenwood

Police say eight to 10 people wearing ski masks and gloves carried out the theft just after 3 p.m. on April 20. The suspects stole more than $400,000 in items after shoving employees. Besides the employees, security photos show that there were several customers in the store at the time of the theft.

The premium brand and retailer are known for their luxury handbags, wallets, luggage and more. Kenwood’s Louis Vuitton store is located on the second floor of the mall in the luxury wing between Tiffany & Co. and Watches of Switzerland. Other stores near the incident include Nordstrom, Tempur-Pedic, Francesca’s, Lululemon and Anthropologie.

After the robbery, the suspects fled in two vehicles — a dark gray SUV and a black sedan — heading north on I-71.