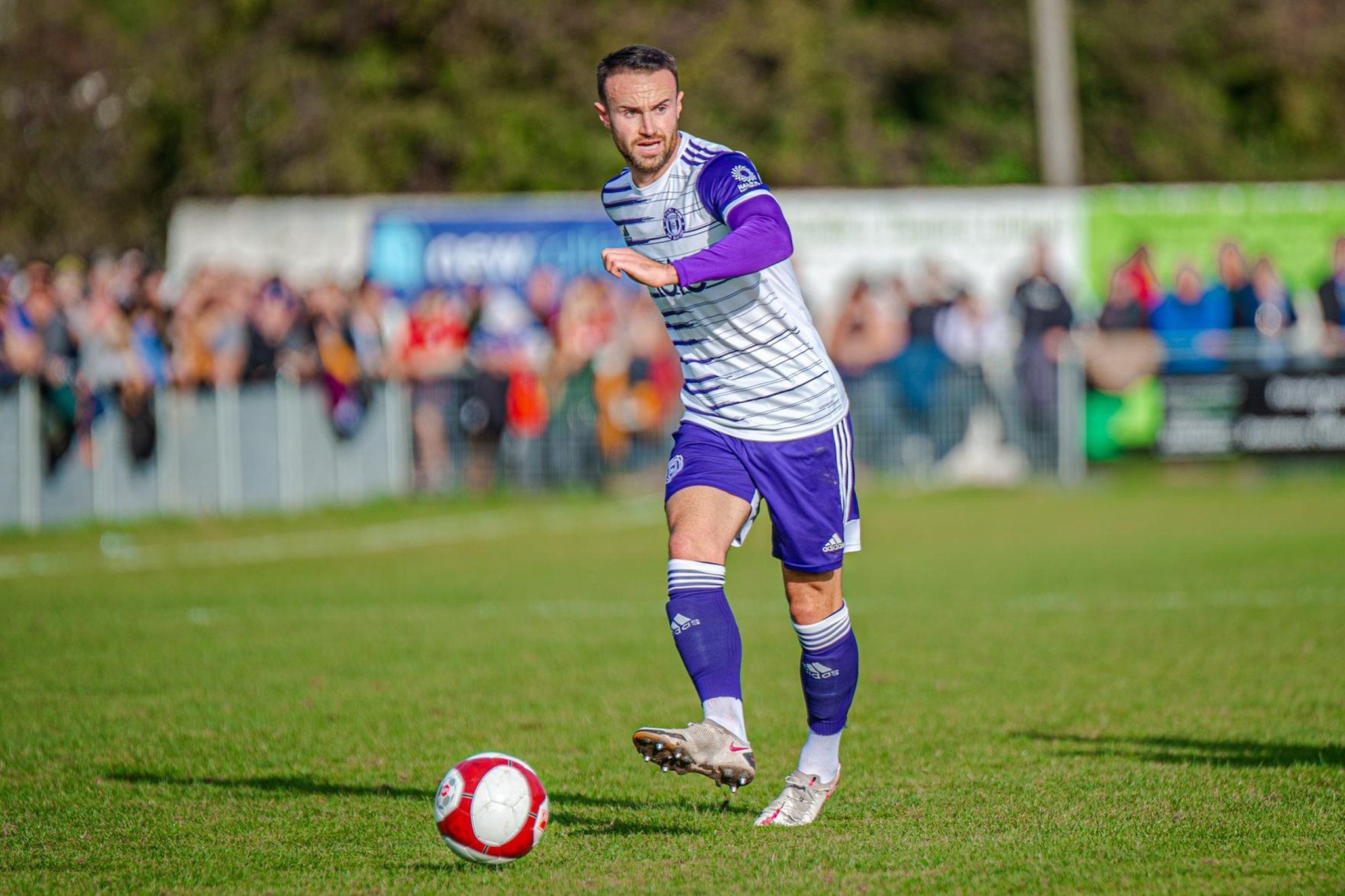 FC Halifax Town: “Definitely one of the happiest moments of my career” – Warburton revel in central role with Shaymen

The Shaymen’s style of passing quickly and quickly, moving, tying play and dominating the ball is perfectly suited to the attacker’s strengths.

Niall Maher and Billy Waters are the only outfielders to start more league games than Warburton, who has been a central figure, literally, for Town this season, playing in his preferred position as a number ten, and acting as intermediate for a lot of attacking, helping to put others on the line and create chances for teammates.

“I loved it. It’s the first time in a few years that I can say that I really enjoy my football,” he said.

Newsletter cut through the noise

â€œIt’s been a tough few years, but playing under Pete and Milly, and with the guys we have, I’m making the most of my time right now.

â€œI won a promotion with Stockport which was a great time, but there is potential for something special here.

â€œWe went a bit unnoticed which is good and takes the pressure off a bit.

â€œBut it’s definitely one of the happiest moments of my career from a gaming perspective.

“It’s just the freedom Pete and Milly gave me, and the confidence they gave me, to play me regularly.

â€œIt’s no secret if you know me, when I play I’m happy, I like to be involved in the game, to help, to score.

â€œWe have a good mix of youth and experience here, we train really well throughout the week and when it comes to match day you can see what we have been working on, and that has taken its toll. fruits in performance and results. “

Commenting on his role in the team, Warburton said: â€œI play as number ten and my job is to tie the game between the midfielder and make it clear to our forwards.

â€œAs far as the way we play, number ten is imperative, you have to try to hit the ball as much as possible and get things done.

â€œI hope the fans see it. There are some things that I absolutely need to improve where I watch my music videos and I think ‘I could have done better’.

â€œI’m really happy with the number of assists I have, I think in all competitions I have eight or nine.

“When playing ten you are expected to be involved in this, but the other side is that I want to score more goals.”

Have Town fans ever seen the best of Warburton?

â€œI mean no, because I think there is always room for improvement,â€ he said.

â€œI feel like every time I put on a Halifax jersey I’m going to work and work and work, give my all for the club.

“Right now I want to make sure I stay on the team and contribute as much as possible.”

Looking at Town’s playstyle, it’s easy to see why Warburton was recruited this summer, his strengths as a player meaning he has integrated seamlessly into the Halifax system.

â€œIt’s been worked on since the first week I was here, our play models, the style that wants to be used,â€ Warburton said.

â€œFrom the start it was almost drilled into the guys in terms of football style.

â€œWhat Pete and Milly want is to go out and enjoy what they’re watching, and get results.

“It’s nailed down in training and it’s pretty regulated sometimes, but as guys we all know when it comes to match day what our roles are on and off the ball and how we want to play.

â€œIf we step away from that you can sometimes see a little bit of frustration, but overall this year it has worked really well.

â€œWhen you look at who we’ve signed this year as well, they’re all good footballers who all want the ball on their feet and want to play that style of football.

â€œIf we went straight I would say that probably wouldn’t suit 90% of the guys on our team.

â€œWhat the management team has done so well is to employ guys who want to play and are good at playing in the style that has been given to them.

“They hired guys like me, Billy (Waters), Harvey (Gilmour) and Jordan (Slew) who maybe didn’t have as much football as they wanted last year and who have something to prove.”

Warburton says the Shaymens are able to mix things up and adapt when teams try to choke them.

“You can already see it in this year’s games, and I think it’s a huge addition for us when the teams change their style and formation,” he said.

â€œIt’s happened a number of times this year, but what we’re good at, and what the management is particularly good at, is anticipating how the teams are going to change against us.

â€œWe’re working on secondary styles in terms of what happens if a team sits down with five or seven in the back like Pontefract did, how to break them down, what are we going to do.

â€œI think that’s a huge addition for us because they’re looking at us like, ‘well, they’ve got something good going on, so we have to change.’

Warburton believes there is more to come from Halifax, despite their extremely impressive season to date.

â€œI think there is always room for improvement, and what you need to look at right now is how much in-depth strength we have.

â€œYou look at the quality that has been on the bench and you ask yourself ‘how don’t they fit into the squad? “.

“I think right now it’s definitely a work in progress, we’re definitely not 100% where we want to be, and I think it’s a danger if you think you’re 100 there. %, and you’ve mastered it.

“All I have to do every once in a while to remind myself how lucky I am to play is just look at the bench and think ‘wow, there’s a lot of quality out there, a lot of ‘experience “.

“I think there is definitely more to come from us.”

And in the short term, Warburton is confident Town can put his bitterly disappointing FA Cup loss at Kidderminster aside by securing a result at Wealdstone on Saturday.

â€œAfter the loss to Wrexham the gaffer said we always bounced back with a win so I don’t see why,â€ he said.

â€œSunday was a very difficult day in the office for us, a rather dark locker room after the final whistle.

“We have to make sure we have a good week of training behind us this week and make sure that when we start on Saturday which is going to be tough they are fighting over there to get as many points as possible so it’s going to be a tough day, but we need to make sure we remember the basics, remember what we’re good at, and most importantly, get out there and play.

â€œIf we play the way we can, we have a chance to win every game.

“So I hope that the fact that we have bounced back from every loss will come true again.”