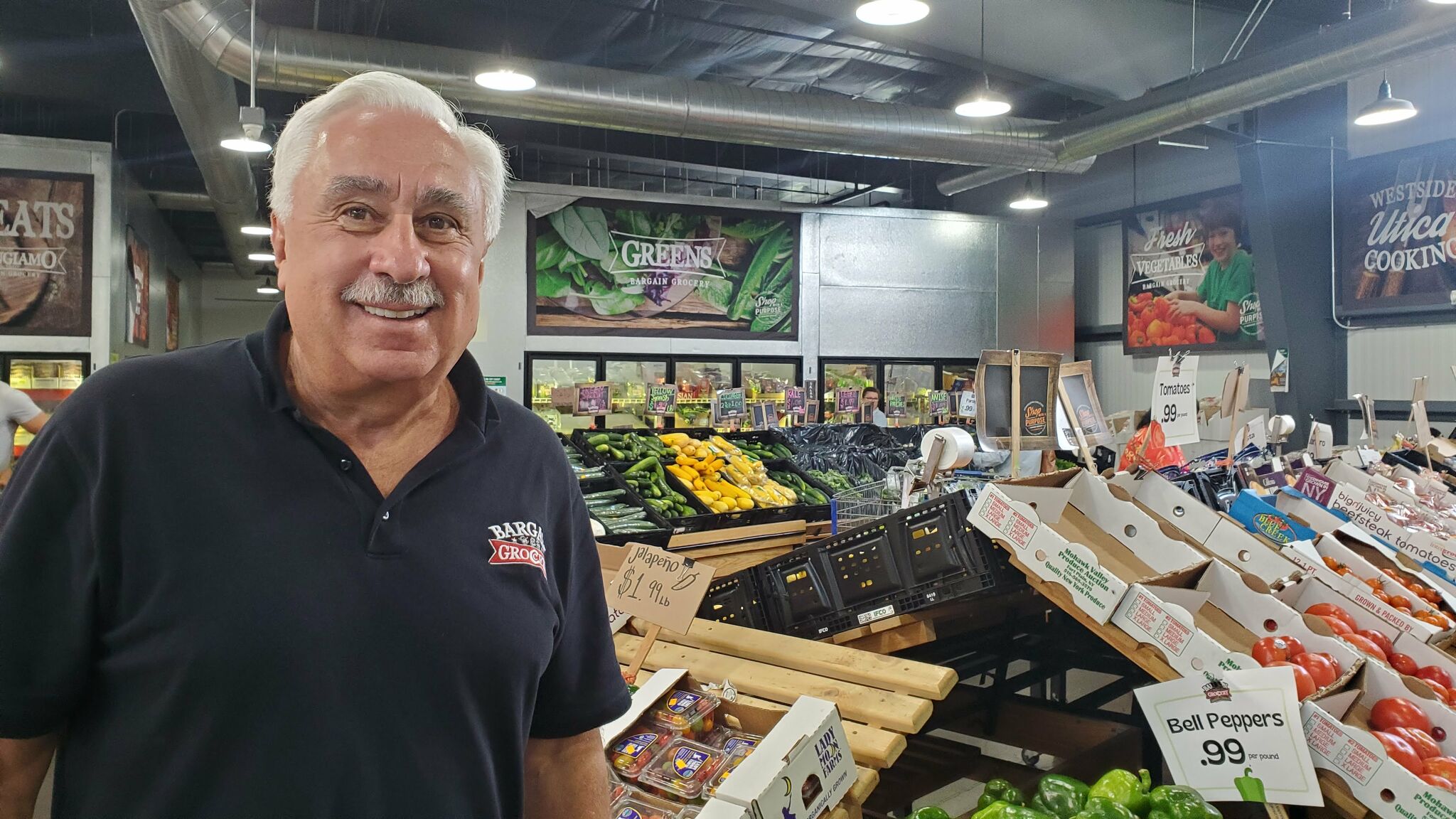 TROY – Central Troy needs a grocery store. But what kind?

Should it be a fancy place with high-end products to serve the growing population of people renting apartments for $2,000 a month? Or should it be a store that serves a large population, especially in the poor north-central neighborhood, with limited access to fresh food?

Bargain Grocery could meet both needs.

The planned store for a building at 558 River St., just north of the Collar City Bridge, would be a second location for a grocery store that operates in Utica and is supported by the nonprofit Compassion Coalition. It’s a store like no other I’ve seen, a food retailer with a purpose.

Essentially, it’s a salvage store, a supermarket version of, say, Ollie’s Bargain Outlet. Much of the food he sells would otherwise go to landfill. But that does not mean that the food is not of good quality or that the store does not sell fresh food and vegetables.

“Fresh produce is at the heart of what we do here,” said store founder Michael Servello, standing next to blueberries priced at $1.49 a pint as he swept his arm toward bins of tomatoes, peppers, onions, zucchini and, well, just about every fruit and veg you’d expect from a supermarket.

Servello, a pastor, founded Bargain Grocery two decades ago with the goal of serving the poor in Utica neighborhoods without grocery options. He soon realized that the best path was to bypass the usual middlemen and focus instead on the large quantities of food that are regularly thrown away, often for superficial reasons.

But here’s what makes the operation truly remarkable: Profits from Bargain Grocery fund a larger charity that distributes $25 million worth of food, household items, school supplies and other items to the poor every year. Utica, free.

Servello gradually built the organization and its networks, establishing relationships with farmers, large, familiar retailers and companies such as Chobani. Four years ago, Bargain Grocery moved to a newly built store in a neighborhood east of downtown Utica, resulting in a dramatic increase in sales. and popularity.

The store is about the size of a Trader Joe’s, and in many ways the product line is similar. Prices, meanwhile, are remarkably low – around a third of what you’d expect to pay in a typical supermarket, though many of the brands on display are upscale.

Nearly 40% of Bargain Grocery customers pay with electronic benefit cards, and the central mission, Servello said, will always be to treat the city’s large population of residents in need with dignity. If the store can also help eliminate food waste and support local farmers, so much the better.

Bargain Grocery has sometimes fought the misconception that it’s only for the poor. But since the store acts as the main fundraiser for the wider charity, all are encouraged to shop there. The result is a clientele unusual in its diversity, made up of both rich and poor.

It’s a population that resembles downtown Troy, which is one of the reasons First Columbia developer and head Kevin Bette is so keen to bring Bargain Grocery to one of the buildings that ‘it owns in the fast-paced neighborhood of Hedley.

“I can’t think of a better thing you can do for a community than setting up one of these stores,” he said. “If we succeed in Troy, and I think we will, that will change a lot.”

Bette creates a separate nonprofit organization for the Troy store, works to attract government grants and interest, and prepares a fundraising campaign to renovate and outfit the building for a grocery store. The $7 million plan, which already has city approval, calls for a 10,000 square foot store on the first floor of the former industrial building. The second floor would be used for prep kitchens and storage.

It wouldn’t be Troy’s first grocery store with high ideals. As many will remember, a food co-op known as Pioneer Market opened on Congress Street in 2011. Burdened with debt, it closed about a year later.

How can Bargain Grocery avoid the same fate? Will it be easy to replicate what has been built over decades in Utica?

One of the keys, Servello said, is to avoid debt as a scourge. Another is to integrate the store into the community, making it a place people care about. But Servello added that he already receives enough food, much of it stored in a warehouse in the Utica suburb of New York Mills, to supply a second store in Troy.

But he and Bette don’t plan to stop there.

The long-term plan is a network of eight or nine stores located in the Capital Region’s so-called “food deserts,” including stores in Albany and Schenectady, where Servello has previously scouted for real estate. They would also fund charitable giveaways, much like the Bargain Grocery in Utica does.

It is mind blowing how much good these stores could do.

Clans of whales use vocalizations to mark their c