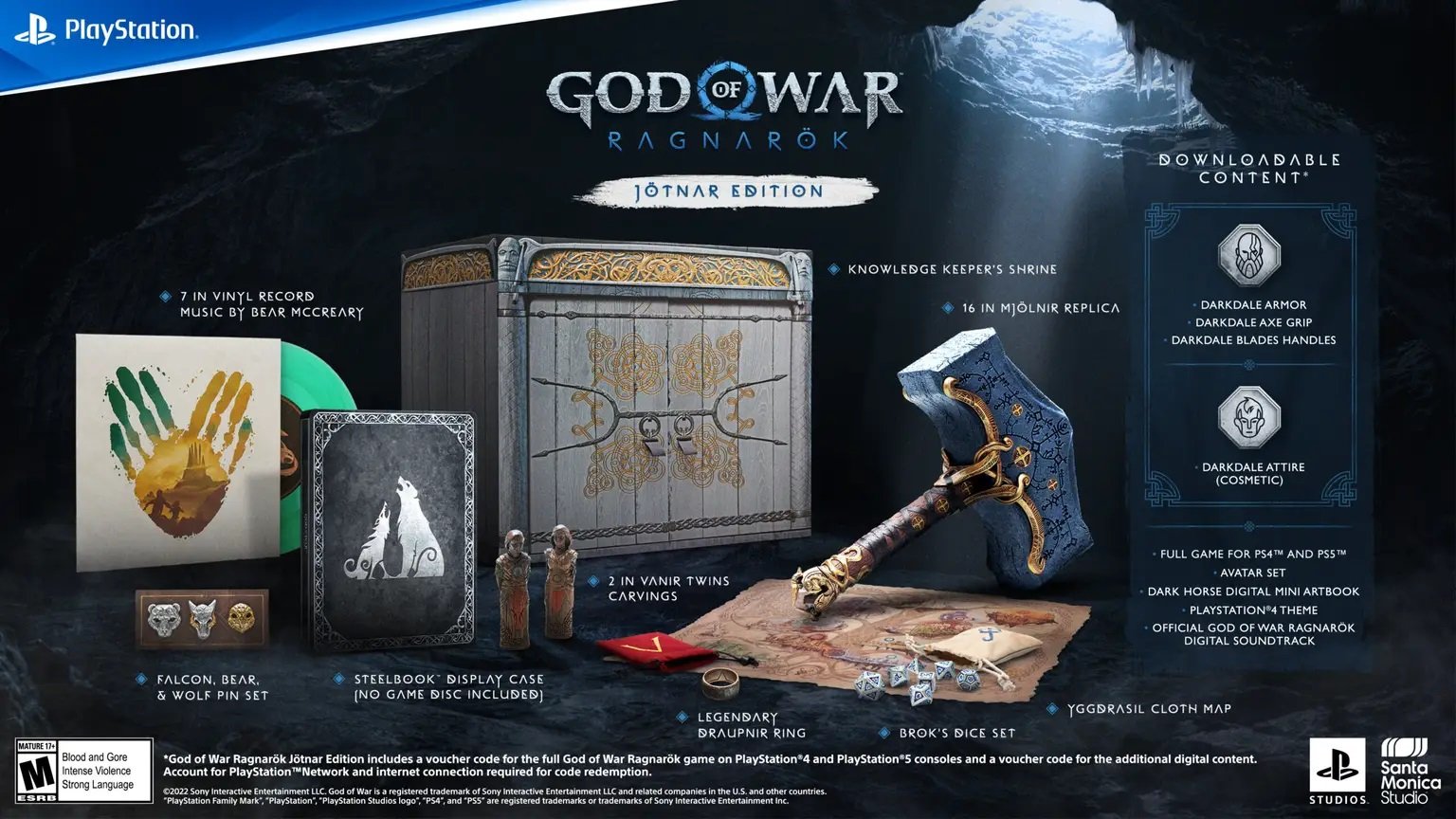 The premium edition of God of War Ragnarok went on sale in the US on Friday, where it was available for less than 15 minutes before selling out.

At the time of writing, there are hundreds of listings on eBay US for the Jotnar Edition, selling for between $400 and $500. Officially, the edition sells for $260.

The God of War Ragnarok Jotnar Edition, which includes several collectibles such as a 16-inch Mjölnir replica, first went on sale in Australia for $399.99 AUSD, but sold out instantly.

It would then go on sale in the UK, where it was briefly available from UK retailer Game for £220. Customers were unable to purchase the item 2 minutes after it went on sale.

The item, which is currently listed on Ebay at up to three times its RRP, was added to various US retailers including Walmart, PlayStation Direct and GameStop on Friday, but apart from a small amount of stock that was added to Walmart about 90 minutes after preorders opened, it was also difficult for gamers to get their hands on.

While the God of War Ragnarok Jotnar edition has launched in the US on PlayStation Direct, the UK version on Sony’s storefront hasn’t opened for pre-orders yet, although it’s expected on Friday. The website still lists the item as “coming soon”, but it’s unclear when or if PlayStation Direct will deliver the item in the UK.

A Collector’s Edition of the game, which also includes a 16-inch Mjölnir replica, but not the 7-inch vinyl, has also gone on sale, and faces a similar scalping issue, although it is not being sold. at the same price as the Jotnar edition.

The full list of items included in the God of War Ragnarok Jotnar Edition is as follows: