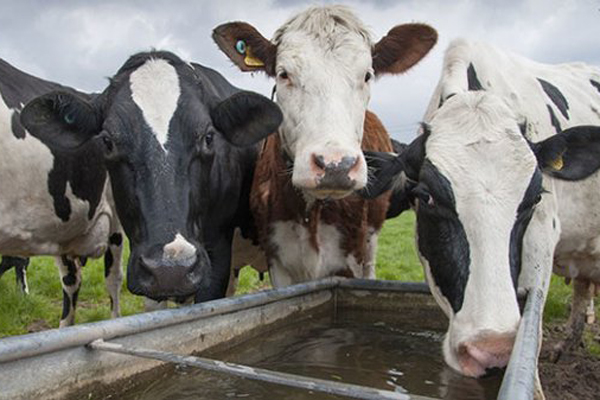 The government, through the Dairy Development Authority (DDA), has stepped up its efforts to improve milk quality and production in the Busoga sub-region.

The DDA is a government agency responsible for providing dairy development and regulatory services aimed at promoting the production and consumption of milk and the achievement of a profitable dairy sector.

The DDA estimates that the Eastern Region, which includes the 12 districts of Busoga Sub-Region and Bukedi Sub-Region (Budaka, Butaleja, Butebo, Pallisa, Kibuku, Tororo and Busia), contributes about nine percent of national dairy production, most of them coming from the districts of Buyende, Kamuli, Kaliro and Luuka.

Mr. Nathan Magona, the DDA’s Eastern Region Officer, told the Monitorr Tuesday that the largest chunk of milk consumed in Jinja and Iganga districts comes from Kamuli and Buyende districts.

“Therefore, we have decided to conduct sensitization on quality standards and dairy regulations in the two districts instead of pushing the farmers out of business,” Mr. Magona said.

“Our program is to educate farmers about hygienic milk handling, early delivery to milk collection centers, maintaining healthy animals and significant cooling of milk at least within two hours of milking.

Farmers in the Busoga sub-region continued to suffer from low sugar cane yields, which forced many of them out of business. But Mr Magona said these can find redemption in dairy farming.

“Sugar cane takes about 18 months to mature, while farmers involved in rice cultivation in Bukedi harvest it twice a year; but dairy is something that provides daily income to our farmers,” he explained.

Mr Magona said: “As we push people into middle income status, we need to bring them into the dairy industry; those found in industry do not need to be crushed but corrected to see that there is an improvement in quality and productivity.

“There is an increase in demand internally and from Tanzania, South Sudan, Rwanda, Democratic Republic of Congo, Nigeria, Algeria, Zambia, United Arab Emirates, Japan, from China and the European Union, among other destinations,” Magona said.

Dr James Kunya, the Kamuli district veterinarian, praised the DDA for raising awareness, saying plans are underway to ensure that every milk vendor has a lactometer.

Figures obtained by the DDA indicate that the average daily milk production per cow in the Busoga sub-region is less than two liters, while that of crossbred dairy breeds is 5.59 liters in the morning and 4.23 liters in the evening, a total of 9.82. liter.

With such figures, the Busoga sub-region is considered a “milk deficit region” because the low volumes of milk produced in the region do not meet demand, with major consumer markets relying on other regions, in particular the center and the south-west.

“Mbarara, for example, adopted the quality-based payment system five years ago, which will also be adopted in the Busoga sub-region,” she said, calling on farmers to change the clock. at which they milk their cows.

According to Magona, the milk has a natural inhibitor that allows it to stay safe for up to three hours (after milking) before losing its freshness.

Mr. Frederick Mugerwa, the DDA’s Chief Inspector, said they want to develop a policy of working with dairy farmers to ensure increased production and quality.

He said: “We guide them (farmers) to improve but not to crush the industry; we are there to teach them and they gradually move towards higher milk production.

Mrs. Jane Nabirye, a milk seller from Igwaya village, Kagulu sub-county in Buyende district, said she woke up as early as 5 a.m. to clean milking utensils, heat water to clean the udder of the cows and ensure that her milk is on the way to the milk collection center before 6 am.

“We found that when you milk the cow after cleaning her udder with warm water, you get more milk because the heat stimulates milk flow,” she said.

Mr. Fredrick Kabala, Production Manager of Buyende District, said he noted an increase in milk production and the adoption of modern agricultural practices in the district.

Milk is Uganda’s third largest export after coffee and fish respectively, and according to the DDA, it accounted for around 398.1 billion shillings in revenue in the 2021/2022 financial year.