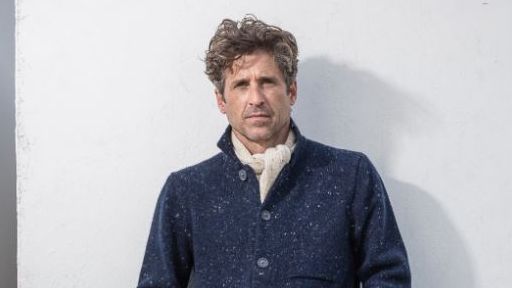 Men’s sports coats are dead and jackets are making a comeback, according to Tarlach de Blacam of Inis MeÃ¡in knitwear, the Irish island company described by designer retailer Mr. Porter as “the most fashionable brand. far from the world â€.

Sold in the most sophisticated men’s clothing stores around the world – USA, UK, Germany, Austria, Sweden, Switzerland, Japan, Canada, France, Italy, Australia and more recently in Shanghai, the great appeal of Inis MeÃ¡in knitwear can be attributed to a new generation of young men in major metropolitan capitals who are starting to spend money on quality, rather than fast fashion, and appreciate its modern design, its provenance and its luxury threads.

“The Chinese are now turning to small European artisanal producers of quality rather than brands,” notes Blacam.

Island life and work wear continue to provide the inspiration for these sophisticated knits, garments originally designed to withstand the rigors of everyday life, reimagined for modern and stylish cosmopolitan clothing. â€œWe’ve been running work clothes for 20 years, looking at it in new and different ways – looking at old photographs, chatting with knitters and looking at the weaving – the weaving was strong here and there was a weaver and a tailor on every island, â€says de Blacam.

A new take on this season’s popular carpenter jacket, which was taken from an original found on the island, is the reverse carpenter jacket. Crafted in a blend of cashmere and merino and a comfortable alternative to a classic work garment, the chore jacket, it showcases intricate interior details on the exterior – after Blacam was asked by Maxwells, a clothing store. for men well-known in Falmouth, Massachusetts, to do it backwards “so they can play both ways”. Both are now back for winter 2021 and already bestsellers.

This beautiful knit pushes modern design and machines to their limits – “the skills of finishing a garment are enormous,” says de Blacam, the craftsmanship recently impressed American actor Patrick Dempsey, star of Grey’s Anatomy, who visited the island this year after falling in love with the sweaters he bought in Dublin from Louis Copeland.

Fisherman’s sweaters that embody the fearlessness associated with the dangers of such a dangerous profession seem to account for their rugged appeal to a modern generation of city dwellers. â€œWhat interests me most about work clothes,â€ says de Blacam, â€œis the sober use of the pattern. Sunday Best is what we call the white Aran sweater traditionally worn by angelic children for their first communion – everything else that has been knitted [by the island women for their menfolk] was held back. “

The designs have their own names like beairtinÃ­, which means small bundles, which appears on the yoke of a popular sweater. One of the most important is called corran, which means twisted sickle, a zigzag pattern of old fisherman’s sweaters.

â€œWe used it extensively in a sweater and edged it in 8×6 rib, so it looks more like a tunic. The patterns mimic those of stone walls, correctly described by Liam O’Flaherty as fences. Sean Scully a describes these stone fences, the inspiration for all his work, as great art. “

Despite the Covid, this year has been an important one for sales. â€œWhat really drives the growth is that we have made the conscious decision to go into high value cashmere from an Italian spinning mill called Filati Biagoli in Montale which produces wonderful yarns and is an important part of this. collection. This means that our products have become quite expensive, but if you just invest in one part, you have it for life.

Her online business is also thriving, boosted by Covid, although she is only able to offer 15-20 coins on her own site – this varies on others. â€œWe’ve doubled our online sales, but we’re sold in some really nice online stores like Mr Porter and Matches as well as huge stores like Bergdorf Goodman and Todd Snyder in Madison Square in New York and the Hamptons. We produce big orders and refuse others all the time.

Everything is designed and made on the island, but luxury yarns including silk and supergeelong wool (wool taken from the first Australian sheep clip) are imported, although de Blacam would appreciate using Irish wool – â€œWe would love to use itâ€ and is already in talks with Chris Weineger of Donegal Yarns about a development project.

Inis MeÃ¡in has also worked with the knitwear design students at the University of Ulster who have three interns on the island this year. “These kids are the only people who give me some hope [for the industry]. One of them wrote to me recently to tell me that being here was the most wonderful experience of his career, â€he says.

Strong and determined, de Blacam has proven how a combination of sophisticated design, heritage and craftsmanship forged on the borders of Europe has led to its hard-earned international success. â€œI hate fashion. I like elegance. What we are offering is something special, different and stylish that is not out of fashion. These are jackets for a lifetime.

The address of the company on the island is Carrowlisheen, which means the little fairy fort. This is where the magic happens.

In Dublin, a good selection of this 50-piece Winter ’21 collection can be found at Louis Copeland and later in the year at Brown Thomas. In Belfast, find him at Andrew Watson. Find parts online at inismeain.ie and other luxury online stores. Cleo’s in Kildare Street also sells Inis MeÃ¡in knitwear.

TikTok and Fashion Agree: This Side Part Makes You Look Old

Marcellina Akpojotor shines a light on girls’ education in Nigeria through…