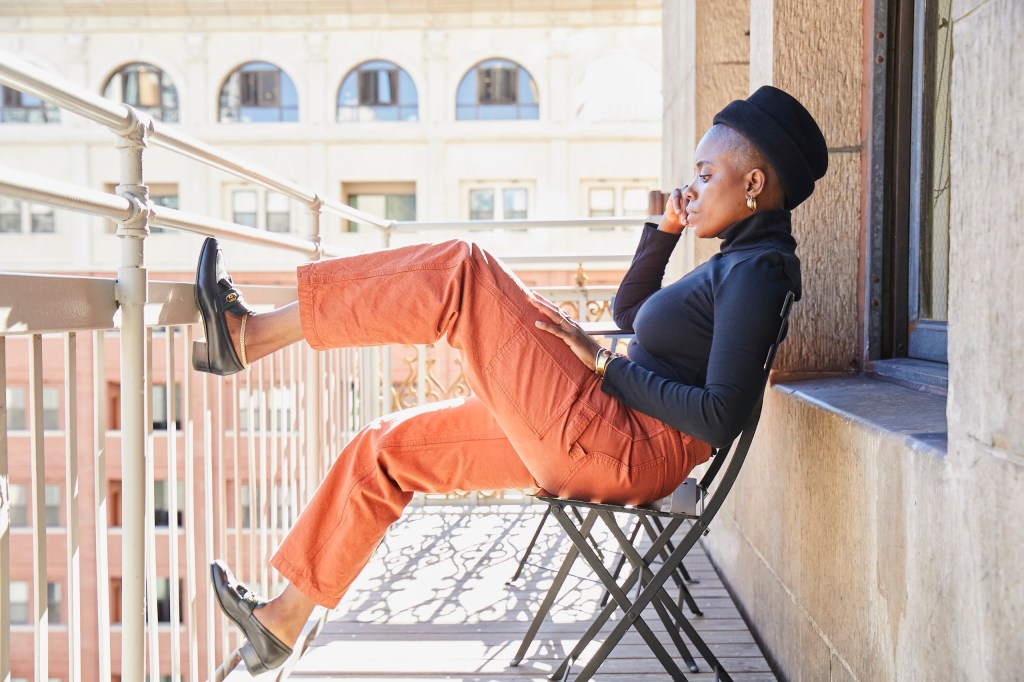 PERFECTLY FRAMED: Fashion designers have turned to shorts to expand their audiences in recent years, but Jesse Kamm is aiming to gain momentum, thanks to filmmaker Janickza Bravo.

The duo first met over 10 years ago through a mutual friend and partly bonded in Panama. Bravo lived there until he was 12, when his family moved to New York. And Kamm and his family have spent three to four months a year on the Caribbean side of Panama since 2006. The modernist tree house they built two years later is a site in itself.

But back to friendship. Bravo turned to the designer’s timeless aesthetic and subsequently acquired many of the brand’s high-waisted pants. His style and storytelling struck a chord with Kamm years ago. Now, fans of her brand will soon be able to watch a 30-second film made in collaboration with the director, producer and screenwriter to launch the fall collection. The “Zola” and “Lemon” creator appears in the short, walking through the city streets wearing effortless looks from the new collection.

Visitors to the Kamm site will find it there for their viewing from September 1. In turn, Bravo appears self-proclaimed in the designer’s fall lookbook in new ensembles and her own accessories. These gold chains, anklets, scarves and hats are meant to evoke a Caribbean sensibility. The lookbook also features high-waisted straight pants called “The California Slim.”

Bravo has been making the rounds of the fashion world in recent months. This spring, she was one of nine filmmakers who reimagined the period rooms of the Metropolitan Museum of Art as part of the Costume Institute’s “In America: An Anthology of Fashion.” Her fans, along with those of other talents like Sofia Coppola, Martin Scorsese and Chloé Zhao, have until September 5 to check out the exhibit until it folds. Bravo’s multimedia prismatic take on the neo-Gothic library and neo-Rococo living room is something to marvel at. Also impressive are designs by Elizabeth Hawes and a Marguery Bolhagen ball gown.

Last month, Bravo showed up at a Gucci event in the Hamptons and also front row at Schiaparelli with actress Natasha Lyonne to see Daniel Roseberry’s finery. Bravo and Lyonne will shoot “Poker Face” together and worked on a Miu Miu short film.

Along with her starring role in Kamm’s soon-to-be-released short, Bravo has lent her cinematic knowledge to another endeavor: The Met’s “An Anthology of Cinema” film series which debuts at Brooklyn’s Metrograph on September 2.