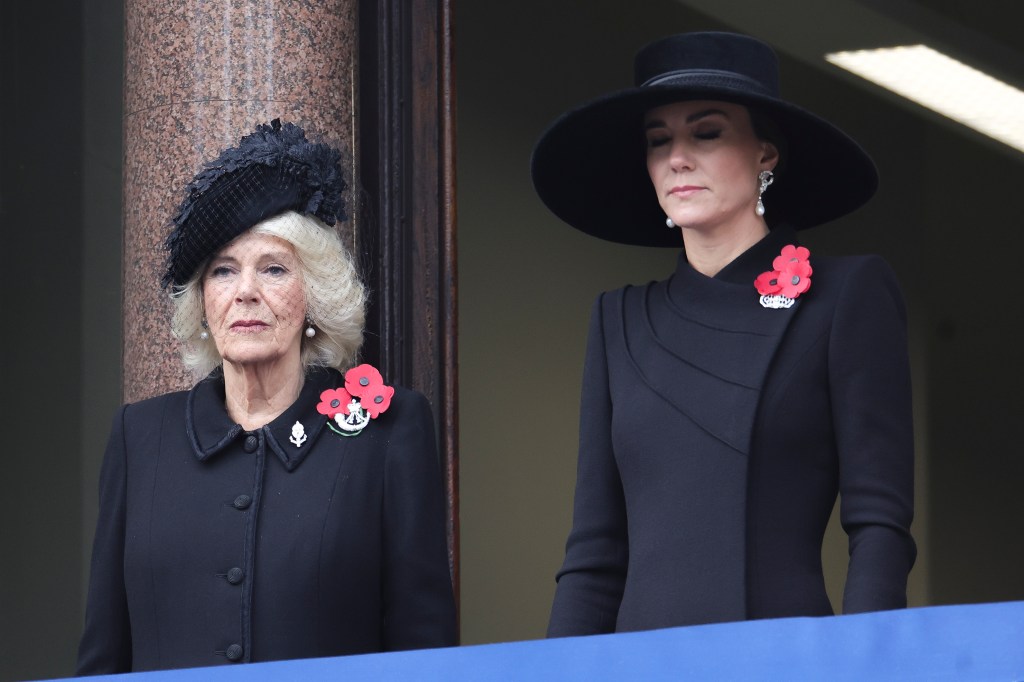 LONDON – English Royal family reunited for the first time this weekend since The death of Queen Elizabeth II September 8.

King Charles led the Remembrance Sunday service for the first time as a monarch in the presence of Prime Minister Rishi Sunak, along with other Members of Parliament and the Royal Household.

During the service, King Charles and Prince William laid wreaths at the Cenotaph in Whitehall, dressed in gray military uniforms with a matching double-breasted coat.

Catherine, Princess of Wales, and Camilla, queen consortwatched from the balcony in their head-to-toe black ensembles.

The princess wore a black brimmed hat with a thin structured coat by Catherine Walker with three poppies pinned above a diamond brooch.

Catherine Walker was part of Princess Diana’s circle of trusted fashion designers and they collaborated throughout her life.

Since Middleton’s new title as Princess of Walesshe firmly saluted her late mother-in-law with her clothing choices.

The Princess often wears British designs to the service. She previously carried Catherine Walker to the socially distanced Remembrance Day service in 2020.

Remembrance Sunday is considered one of the most important dates in the royal calendar, when senior officials of the Royal family gather to honor members of the armed forces who have died in the line of duty.

On Saturday evening, the Royal Household attended the annual Royal British Legion Festival of Remembrance at the Royal Albert Hall in London.

She accessorized her look with the queen’s Japanese pearl choker, which consists of four strands connected by a diamond clasp.

The pearls were a gift from the Japanese government, and the queen had them made into a necklace. The Queen first wore the choker in the early 1980s, then lent it to Princess Diana in 1982 for a state visit to the Netherlands.

Middleton first wore the choker in 2017 at the Queen and Prince Philip’s 70th wedding anniversary dinner.