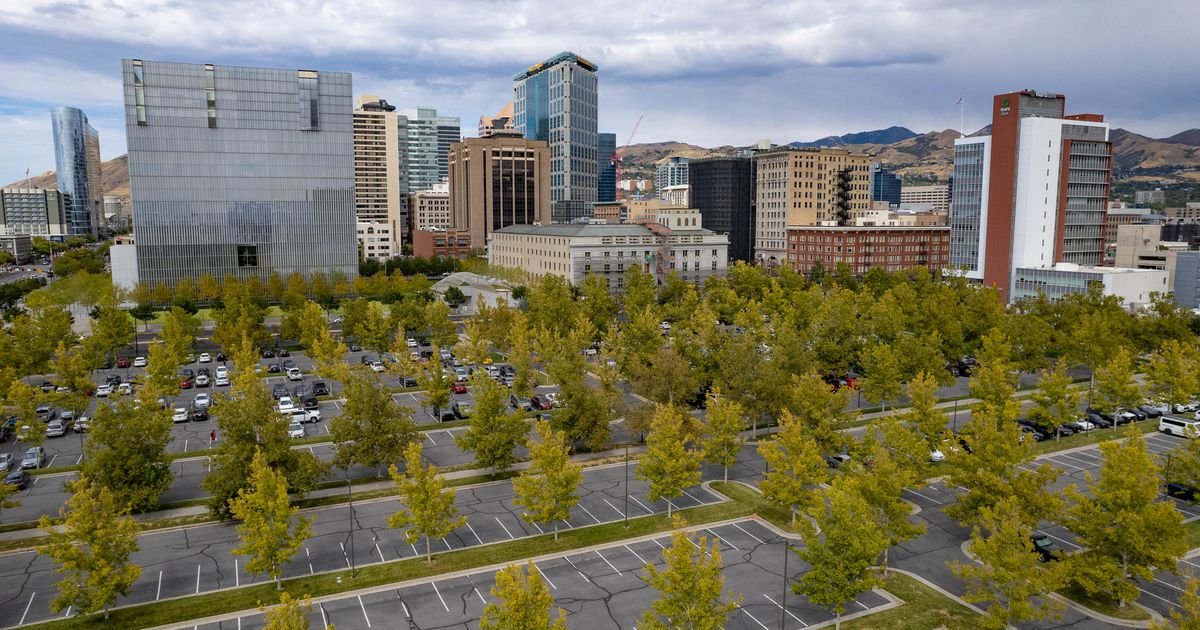 Besides large religious buildings, the faith has thousands of housing units, office towers and large parking lots, where future development could take place.

The substantial portion of downtown Salt Lake City real estate owned by The Church of Jesus Christ of Latter-day Saints is likely to give the faith a big influence on how the city core develops .

A new analysis of property records by the Salt Lake Tribune released Monday found that the church owns nearly a quarter of the total value of land and buildings in the urban core, with a portfolio of nearly 150 acres estimated at $2.3 billion.

Having such a dominant player in downtown land ownership has already profoundly shaped downtown, most notably with City Creek, the 40-acre commercial and residential development on Main Street built by the City Creek Reserve of the church and opened in 2012.

A look at other properties the church owns offers additional clues to the future of downtown.

Here are some key findings:

• Beyond familiar landmarks such as the Salt Lake Temple, the Tabernacle, and the Joseph Smith Memorial Building, the church has nearly 10 blocks in the east-west corridor between North Temple and South Temple as well as hundreds of other plots scattered nearby.

• Land managers at church-owned property companies such as Property Reserve and City Creek Reserve have shown a strong preference for mixed land uses in their major downtown developments. They built residential towers as part of the City Creek Mall, helped recruit a downtown grocery store, and meshed the ground floors of two newly constructed office buildings — 111 Main and 95 State in City Creek — with surrounding buildings.

• All of this matters because significant portions of the church’s downtown land are now surface parking lots, including two full blocks at West Temple and 500 South and at North Temple and 200 West. These properties and several smaller ones are ripe for future development, albeit on a timeline likely to span several generations.