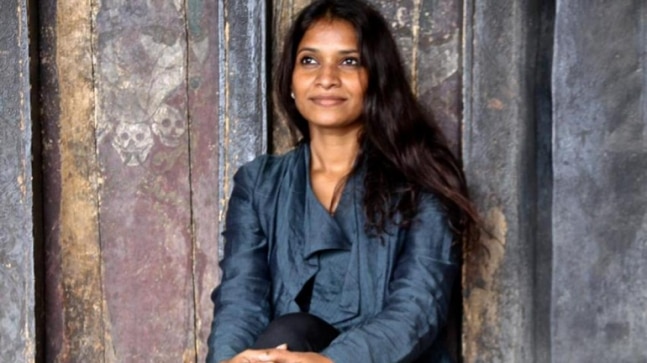 It was a proud moment for India when Vaishali Shadangule, founder of the eponymous label Vaishali S, became the first Indian designer to present her collection during the coveted Paris Haute Couture Week last year. With her impeccable achievement, she put Indian textiles on the world map.

On Monday, Union Textiles Minister Piyush Goyal took to Twitter to congratulate the designer and share her inspiring journey.

Vaishali from Vidisha to Videsh

Hailing from the town of Vidisha in Madhya Pradesh, Vaishali’s story of being broke at the age of 17 to become the first Indian designer to take part in Paris Haute Couture Week is truly inspiring.

She left her home at the age of 17, stayed in a hostel and worked several jobs to make ends meet. Fashion was nowhere on the scene. However, she often suggested people how to dress and shared style tips. It was then that someone suggested she try fashion design – a term that was new to her. With the help of a friend, she visits a fashion institute and learns about the world of fashion.

In 2001, she founded her eponymous brand and opened her first small boutique in Malad.

Her vision has always been to use Indian textiles to create modern things. With her strong will to do “different things”, she managed to open two more stores and then took the lead in presenting her collections at different fashion weeks.

In July 2021, she debuts at Paris Haute Couture Week and puts Indian textiles on the world map.

“It was my dream to take Indian textiles and craftsmanship to an international level. Because we always see a lot of international designers, they use our skills and know-how and we are always made in India. This thought has always been there that we have so much in our country, why can’t we do it,” she told TN Plus.

Several Bollywood celebrities such as Sonam Kapoor and Kalki Koechlin have adopted his designs.