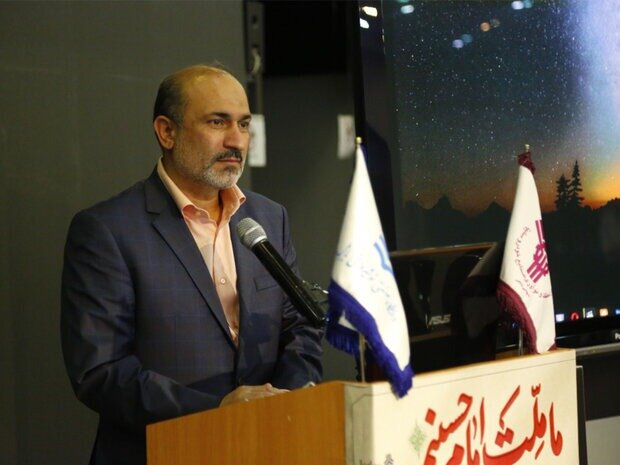 As part of improving and upgrading the quality of its products, SAIPA Automotive Group Company has started to manufacture a hybrid engine for the SHAHIN car at the SAIPA Auto Manufacturing Research and Innovation Center in cooperation with the University of Babol’s Noushirvani technology.

According to SAIPA Group Public Relations Department, SAIPA Automotive Group CEO, SAIPA Group CEO announced that his company is ready to take advantage of knowledge-based ideas and projects from academic centers and the Ministry of Science, research and technology in the field of automotive and automotive spare parts manufacturing.

Universities and academic centers in the country are the highest centers of knowledge, and industry-university relations should be strengthened bilaterally, he said, adding, “Therefore, SAIPA Automotive Group is ready to welcome academics in order to solve the problems facing the automotive industry. and leveraging the technical know-how, knowledge and expertise of academic centers in the country in an optimal way.

Moohammad-Ali Teimouri, CEO of SAIPA Automotive Group, highlighted the Islamic Revolution leader’s dissatisfaction with the quality of cars produced at SAIPA Group at the start of his tenure as CEO of SAIPA Group and named the current year after in 1401 “Production: Knowledge-Based and Job-Creating”, and said: “If we want to increase the quality of products, we cannot improve the quality without relying on the high capacities and potentials of the centers based knowledge-based, so the high capacities of knowledge-based centers should be utilized optimally, which can help solve the current and future problems of the country’s automotive industry.

Market conditions for car production in the country should be such that knowledge centers and investments should be used in accordance with economic production, Teimouri stressed.

In the previous management, the investment was made for a period of three years to design the production line and make a new product and finally the automobile production volume is reduced which is uneconomical, he said. critical.

The SAIPA Group CEO then highlighted the policymaking in the automotive industry in the country and said that the issue of policymaking is important and effective in this industry which needs to be seriously considered.

In this regard, “We expect the Ministry of Science, Research and Technology and the universities of the country to help the automotive and automotive manufacturing industry, so that the policies adopted in this regard are in line with the objectives of support for this industry”.

He pointed out that the new laws passed in the country’s auto industry are in line with auto production standards in advanced countries, adding that only 28% of cars in the world are produced with 85 standards in a way that the industry Iranian automobile is included in this 28% as mentioned above.

That’s when today the world’s biggest automakers produce cars for countries where 85 standards are not enforced in those countries, he criticized.

Universities and academic centers should not invest on their own, but rather the automotive industry should provide financial resources and facilities to universities, he said, adding that universities should sell their knowledge to car manufacturers. and think about setting up a workshop and a production line at the university.

The CEO of SAPA Group said: “We expect academics to contribute their technical knowledge to the automotive industry and in this regard, SAIPA Research and Innovation Center as well as Megamotor Company, as knowledge centers of SAIPA, are ready to cooperate and collaborate with universities. and academic centers in the country wholeheartedly.

During the current year, SAIPA Automotive Group has focused on producing new products, launching new production lines with the most modern technologies in the world, Teimouri concluded.

Dr Ali Khatibi, Deputy Minister of Science, Research and Technology for Administrative, Financial and Resource Management Affairs, was the next speaker who said: “In accordance with the instructions of the Leader of the Islamic Revolution on the improvement of the quality of the cars produced in the country, we are ready to establish the necessary cooperation and collaboration with the domestic car manufacturers and in this way, we are ready to provide these industries with the high technical and engineering potentials universities in the country.

Through the interaction with the SAIPA Group, this prestigious automobile manufacturer has become familiar with the level of knowledge and technical know-how of universities and a suitable ground has been prepared to sign a Memorandum of Understanding (MoU) in order to expand cooperation in the relevant field, he added.

That is to say that these students hold a Ph.D. and master’s degree are not primarily in charge of training and teaching, but rather carrying out research activities, he said, adding that while each of the above-mentioned students only spends their time for four hours a day, it can be concluded that over a billion man-hours carry out a research activity in the country which is unique in its kind.

The leader of the Islamic Revolution placed special emphasis on the issue based on the knowledge and scientific capacity of the country, he stressed.

Dr. Kheireddin Deputy Minister of Science, Research and Technology for Technology and Innovation was the next speaker who said that Babol Noushirvani University of Technology is one of the most strong performers in the country in the field of industry as well as research and technology.

Babol University of Technology has always been ranked among the best academic centers nationally and internationally, he said, adding that SAIPA Automotive Group has made the best choice in choosing this academic center to strengthen its scientific cooperation and it is hoped that fossil fuels and the car will be transformed into a hybrid map and effective measures must be taken according to autonomous and electric motors.

Part of the income obtained by car manufacturers and also industrial and production units must be considered for Research & Development (R&D), he underlined.

Paying close attention to patents is an important issue that needs serious consideration, he said, adding, “TOYOTA Auto Manufacturing Company holds about nine patents per day while the number is very low in the country. It is hoped that Iran Khodro Industrial Group (IKCO) and SAIPA Automotive Group will file foreign and European patents in particular.

The next speaker was Bahram Azizollah Ganji, Chancellor of Noushirvani University of Technology, Babol, who voiced it thanks to SAIPA Automotive Group CEO’s unfailing cooperation and collaboration with the university center.
It is hoped that the cooperation between this university center and Iran’s leading automobile manufacturing company will yield positive results.

In addition, the industrial research organization has also expressed its willingness to establish the necessary cooperation with SAIPA Automotive Group, he concluded.