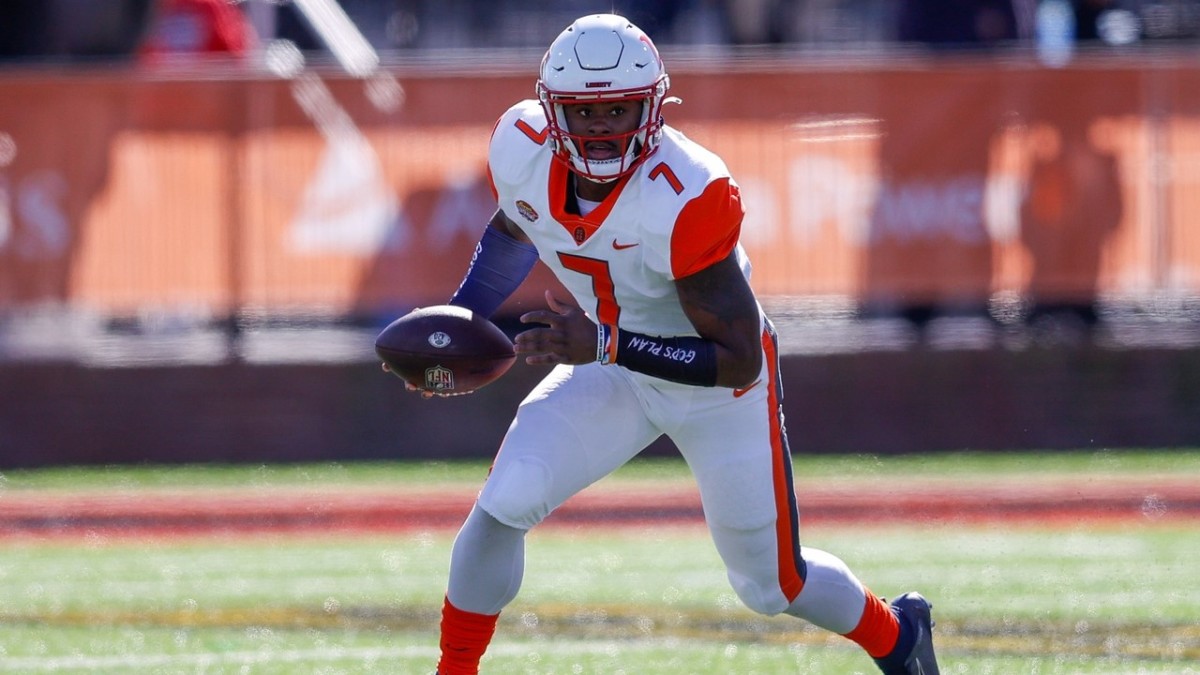 1.) How surprised were you that the Lions brought back LB Jarrad Davis?

It will be interesting now to see if Davis is able to blend in with the current generation of Detroit players.

Adam Strozynsky: Puzzled and stunned is how I would describe it. He’s not a guy who improves your defense, at least on paper. Maybe the coaching staff sees something that we don’t.

2.) Can Aaron Glenn put Davis in a better position to succeed this time around?

Chiro: If you expect Glenn to make Davis a quality reserve, I think you have a good chance of being satisfied. However, if you’re expecting Glenn to turn Davis into a quality starter, I think you’re bound to be disappointed.

I believe Davis is an NFL level linebacker. Still, he’s not the type of defensive player who will be able to take Detroit’s defense to the next level.

He’s a middle-of-the-road linebacker who can be a good depth element in Glenn’s defense. But he is nothing more than that, as he has already proven during his first stint at Motown.

Strozynsky: I really like what Aaron Glenn does, and I like the way he turns clay blocks into players. So the hope here is that he can turn Davis into a baller and a mauler.

3.) If the Lions draft QB Malik Willis, should he play his rookie season?

Chiro: Yes. I think he would be sitting behind Jared Goff to start the season. But, I think by the time the halfway point came around, Willis would be the starting flagman for the Lions. The Liberty product is too much of a game-changing QB to sit him through the entire 2022 campaign.

Strozynsky: If the Lions take over Willis, I’ll throw my shoe in my TV. I don’t want to entertain the idea of ​​him being drafted.

4.) Which second-year Lions player will make the biggest leap from his rookie season?

Chiro: I believe it will end up being linebacker Derrick Barnes. For me, that’s largely based on the fact that he should see a lot of playing time in 2022. While Detroit brought back Alex Anzalone, signed Chris Board and reunited with Jarrad Davis, the team’s linebacker room always needs a backup. or two.

And that reinforcement may well come in the form of increased shots and improved play from the second-year pro at Barnes.

Strozynsky: You would think Amon-Ra St. Brown. But, he had such a fantastic rookie season that it would be hard to overshadow that. As a result, I think Derrick Barnes is taking a huge step forward. He has playing time under his belt, he has been in the system and knows what is expected of him now.

5.) What do you think of the potential Lions signing of DE Kayvon Thibodeaux with the second overall pick?

Chiro: I’m confident the Lions take Michigan EDGE rusher Thibodeaux or Aidan Hutchinson for second overall. Much like Hutchinson, I think Thibodeaux can become a breakthrough pass thrower at the next level. So, to me, Detroit can’t be wrong with either perspective.

Strozynsky: I don’t think he’s the second-best defensive end or the second-best player in this draft. So I would be upset if he was selected by the Lions at No. 2. I think a guy like Travon Walker is a better fit and a better player.