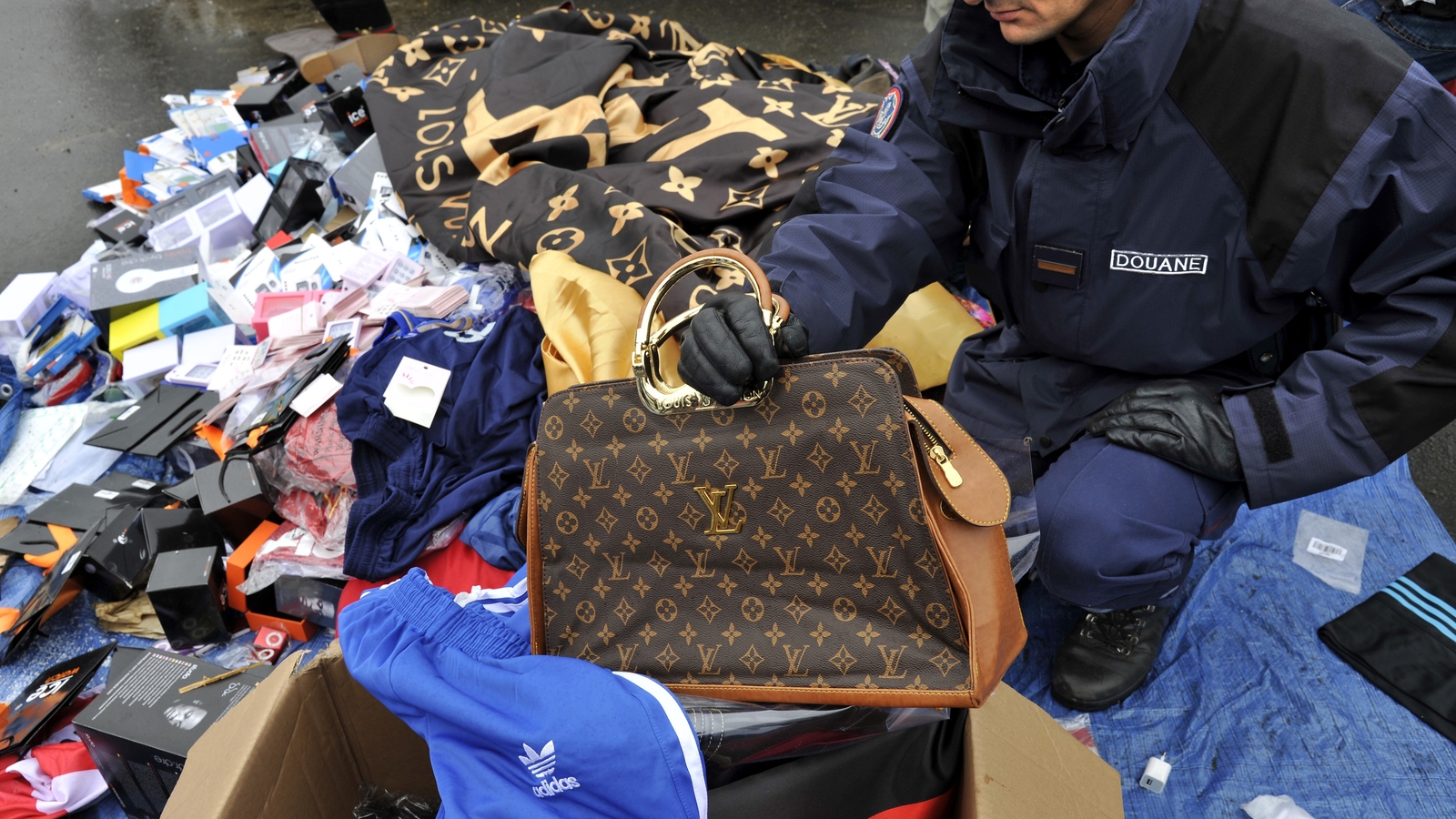 Holidaymakers might be tempted to buy fake designer items when traveling abroad this summer, but that’s never a good idea, according to the European Consumer Centers Network.

The ECCN warns: “A counterfeit copy is usually cheap, but can end up costing you much more in the long run. In many countries, the laws against counterfeit goods are tough.

“In some European countries, you can be fined up to €10,000, not only if you buy a counterfeit product, but also if you bring it into the country.”

He adds that “rules and laws governing counterfeit products vary within the EU”.

He estimated that €119 billion of products involving IP (intellectual property) offenses were imported into the EU in 2019, representing up to 5.8% of total imports into the bloc.

The report says intellectual property crime continues to pose a “substantial threat” to the health and safety of EU consumers.

How to recognize counterfeit products

The most obvious indications are location and price – if a Prada handbag is being sold cheaply on a beach, for example, then it’s obviously not the real deal.

“The counterfeit product may end up costing more than the genuine product if you are forced to pay fines,” says the ECCN.

Other signs that a product is fake include substandard stitching and tags. The interior must be made with the same care as the exterior.

The ECCN advises people to read the laundry instructions label carefully – the text of counterfeit products is often misspelled.

If in doubt, ask where the product was made and keep a receipt.

Counterfeit cosmetics and perfumes can cause serious allergic reactions.

The ECCN also warns of other potential dangers when buying fake items such as – are your fake sunglasses really protecting your eyes?

Ask yourself, “Is this fake toy for your little girl toxic-free?” Are you sure your fake battery won’t explode when you use it?

If the toys break easily or lose small parts, they can be deadly for children.

The ECC notes: “Another thing to keep in mind when buying a counterfeit product is how the item was made.

“It can impact the environment, people, animals, both near you and around the world.”

According to the US-based Transnational Alliance to Combat Illicit Trade, “one of the worst crimes associated with illicit trade is the demand it creates for forced labor and children to perform counterfeit manufacturing tasks.”

“Similarly, the manufacture and sale of counterfeit electronics is also a sector where forced laborers are abused by organized criminals, with serious human rights consequences.”

Online merchants are required to provide you with clear and correct information on your consumer rights, such as the right of withdrawal of 14 days or the legal guarantee of at least two years.

No information about EU consumer law on the website? So look elsewhere!

Always go to the brand’s official website to check if the online store you are visiting is recognized as an authorized retailer.

When you make an online purchase, you must only pay on a secure payment page (displaying the logo of a padlock or a key, and whose URL address begins with “https”).

It’s also best to pay by credit card, as you may be able to get your money back from the card issuer in case of fraud.

Do not hesitate to compare prices between different sites, and always take into account the total price (are VAT, delivery costs, customs duties, etc. included?)

Do not rely on the URL address. Just because an address ends in “.ie” does not necessarily mean that the business is actually located in Ireland, for example.

Instead, check to see if the business has a geographic address and contact number.

What’s going on here in Ireland?

The sale of counterfeit products is commonplace in this country – and it’s not fake news.

A report released earlier this month by the European Union Intellectual Property Office (EUIPO) found that 43% of Irish people aged 15-24 had intentionally purchased at least one counterfeit product online in the past of the past year.

The most popular counterfeit items were clothing (21%), footwear (16%), electronics (12%) and hygiene, cosmetics, personal care and fragrances (13%).

Revenue and An Garda Síochána are responsible for taking action against counterfeit goods in Ireland.

The Gardaí takes action with respect to inland detections, while the Tax Administration is responsible for detecting these goods at the point of import and export.

Many counterfeit products held by Revenue are intercepted at postal or courier centers addressed to people who purchased them over the Internet.

In a statement, Revenue told RTÉ: “Where goods are suspected of infringing IPRs, they are held pending confirmation from the appropriate right holder.

“If goods are confirmed to be counterfeit, they are seized.”

What if your luggage is searched at the airport after returning from vacation? Revenue said: “Detecting and interdicting counterfeit goods brought into the country in personal luggage is more complex as the procedures under EU law relate to goods imported from outside the EU.

“Notwithstanding this, if a customs officer detects suspected counterfeit goods in a passenger’s baggage at our ports or airports, the officer will determine the facts on a case-by-case basis.”

The earnings echoed the ECCN’s warnings: “Goods that infringe IPRs [Intellectual Property Rights] can also be harmful to consumers.

“This is particularly true for goods such as electrical appliances, car brake pads, toys, etc., which are often of poor quality and do not meet accepted safety standards.

The Intellectual Property Crime Unit Gardaí have made frequent seizures of counterfeit goods in recent years.

These include 50,000 children’s toys that were destroyed in 2020 after failing security checks and in the same year a lorry containing an alleged €200,000 worth of counterfeit clothes, sportswear, perfumes and candles was seized in South Dublin.