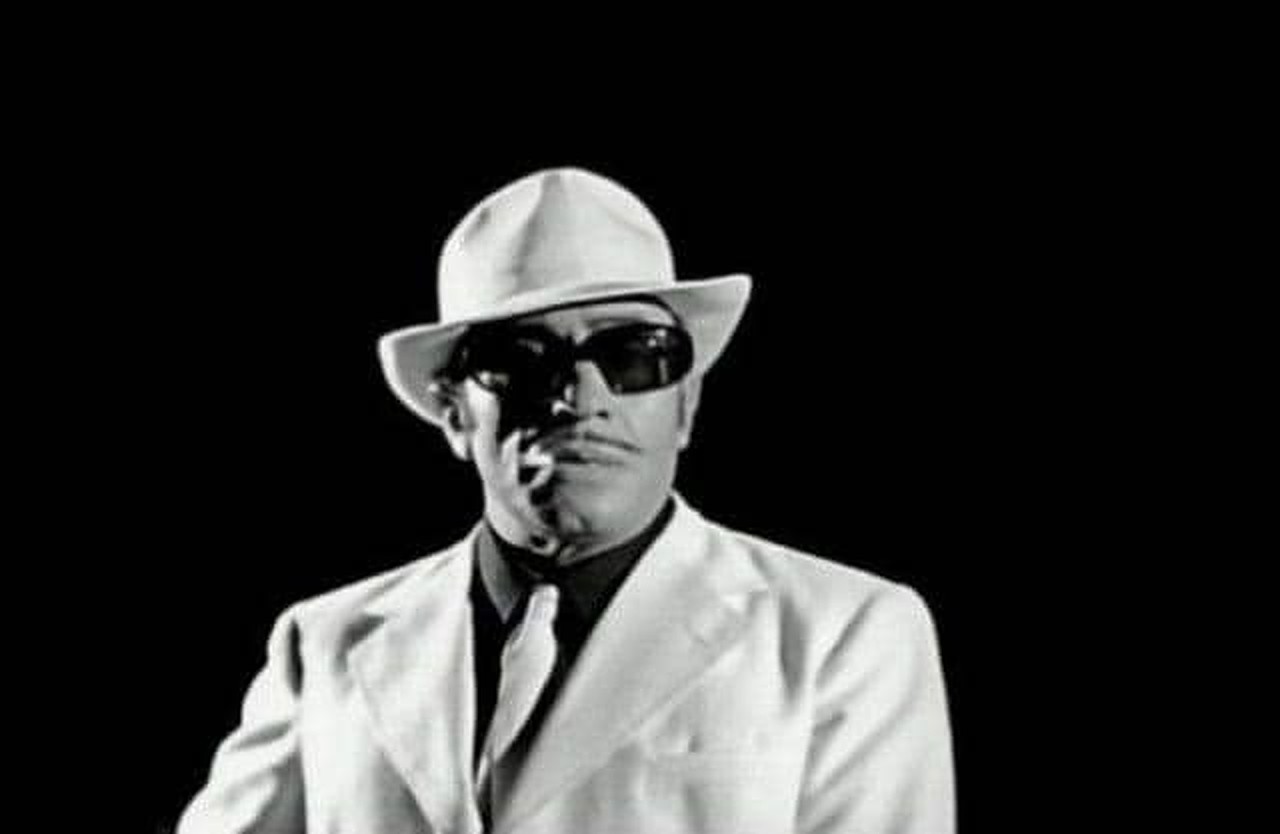 The Fashionable Killer: How Criminals Dressed in Egyptian Film Noir


The Fashionable Killer: How Criminals Dressed in Egyptian Film Noir

The camera zooms in on the security guard’s cigar, as it lets out billows of smoke. A stylish and sporty black car drives on a road. Dressed in a sleek, sharp black uniform, he sticks the cigar out of his mouth as a classy soundtrack plays in the background, conveying a distinct and elegant cinematic allure.

It’s hard to understand how, when, and why crime films, which typically depict brutal, vicious, and cruel murder scenes, became linked to mainstream cinematography. Due to its immense popularity, the presence of film noir—French “film noir” to describe a subgenre of mostly crime dramas with a strikingly black-and-white visual aesthetic—in the industry has endured beyond Hollywood and spread to other countries like Egypt.

Although American forms of clothing in crime films were used extensively in Egyptian films, Egyptian on-screen criminals developed their own unique style and characterization.

Dressed to kill: the influence of fashion in detective films

One explanation for how fashion and glamor became associated with crime films stems from the influence of photography in the process of criminal investigation in 19th century Europe. The French photographer Alphonse Bertillon, for example, was the first to present a set of rules on how to take a picture of a criminal using proper lighting and angles. These guidelines were then used as “evidence” of inherent criminality, allowing police and security to identify patterns indicating whether someone was going to become a criminal by observing their facial and physical features.

When crime scene photography developed in the United States later in the late 19th century, photographs were not only seen by police or security intelligence agencies, but were also displayed in museums and newspapers – be part of the artistic scene. The first to introduce this was American photographer Arthur Fellig (also known as Weegee), who had his own publication of his crime scene photographs in 1945 titled naked city, which marked the beginnings of how the general public began to see these photographs as part of artistic culture.

Instead of simply documenting the crime, art historian Marketa Uhlirova Remarks that photography came to imagine crime, as later photographers began to imagine their own scenes and construct the identity of the criminal through the art of fashion. These aesthetic photographs were then used as a source of inspiration, in film productions, to captivate the public and draw them into a mysterious and dreamlike world.

“Clothes are never what they seem. They always disguise, hide, create a different reality; they are used to suggest an identity that is never what it seems,” Uhlirova writing in his book If looks could kill (2008).

Certain forms of dress in American films have influenced how audiences view the criminal. In most movies, the criminals are seen in crisp, expensive clothes to give the impression of dominance. Ironically, they also crave invisibility, which is why fashion is often used to conceal their identity, such as resorting to a black cape or classic black shades.

For the femme fatale, black tights were often worn to allude to mystery and anonymity – revealing the curves of the female body while enveloping them in sinister black. A classic example is the film Irma Vep (1996), which spends most of the film dressed in a tight black jumpsuit.

Egyptian film noir reached its peak in the 1950s and 1960s after a period of crime novel translation that took place in the 1890s. Egyptians’ fascination with crime also grew due to its depiction of ttheir frustration and anger with the colonial legal systemand later, the widespread culture of investigators and surveillance in Nasser’s Egypt.

Early examples of detective films include Rayā wa Sakīna (Raya and Sakina, 1953). What makes this film unique is that it is rooted in local culture and fashion, depicting the iconic female figures in their traditional veil and costume. However, American fashion and cover-up influences could be discerned, as the men in the film wore black sunglasses or a black eye patch on several occasions.

Another example is El Wahsh (The Beast, 1954). Unlike American gangster films, which often feature gangsters dressed in tinsel as a sign of achievement, the Egyptian gangsters of El Wash are dressed in the traditional galabiyyas generally worn by men in the villages of Upper Egypt. Nevertheless, the film also included some elements of American film noir influences by including a femme fatale – a love interest or companion of the criminal – who was played by dancer Samia Gamal.

Renowned Egyptian actor, Fouad El-Mohandes, also borrows influences from American film noir fashion in crime film Awdet Akhtar Ragol Fel Alam (JThe return of the most dangerous man in the world, 1973). As the film begins, he’s dressed in a classy all-white suit paired with a white hat and black shades, while billowing smoke from his cigar billows into the air to add dramatic effect.

Women’s attire in such films is usually one-dimensional and predictable, as it is either used as a decorative accessory or as a symbol of sex or violence. Fashion designers are often inspired by modern and futuristic French or Italian creations, such as Madiha Kamel in Abtal wa Nesaa (Heroes and Women, 1968), wearing a short sleeveless white cow-print belted tunic dress, paired with a white bag or mid-calf boots.

Fashion’s strong association with crime is not as evident in today’s Egyptian films, but there are films like El Araf (The Knower, 2019) that draw their fashion inspiration from the past, with the female lead of Maya donning a tight black suit and pants to conceal her identity.

The association of fashionable cinematography with detective films does not seem to diminish over the years, and one reason may be that fashion has, for so many years, been used as the language for understanding criminal personality. and how they used fashion to disappear and remain invisible. Yet regardless of the disguise, the vulnerability of the criminal figure is sometimes apparent, as the clothing alienates them not only from the audience, but from their own true selves.

Stanzas of Defiance: The Powerful Poetry of Egyptian Women

Are eggs dairy products? Why people might think so